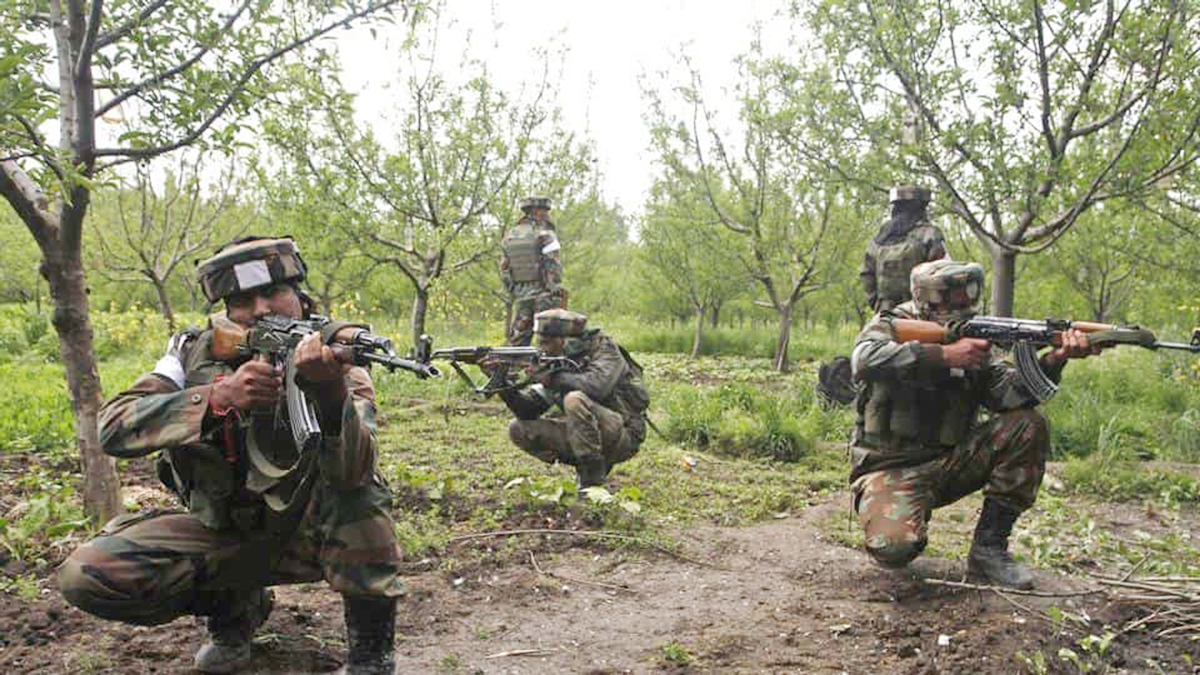 Shopian, Jan 27: Militants this evening attacked an army camp in South Kashmir’s Shopian district. However, there was no casualty.
Militants fired upon Army’s 44 RR camp in Ahgam area of South Kashmir’s Shopian district this evening. The troops retaliated by triggering a brief exchange of firing. However, there was no casualty on either side.
The militants managed to escape from the spot taking advantage of darkness. The area was immediately cordoned off but the militants had managed to flee from the area.
In the meantime, two Jaish-e-Muhammad militants were killed in a gunfight with security forces in Khonmoh area on the outskirts of Srinagar on Saturday.
Six forces personnel including a police Sub-Inspector and two soldiers were also injured in the encounter.
Police said that acting on a specific lead about the presence of militants in a residential house in Khonmoh, a joint cordon and search operation was launched by the police, Army and the CRPF at 5.30 am on Saturday.
“As the house was zeroed in on by the security forces, the two hiding militants opened indiscriminate fire at the security forces, triggering an encounter,” police said. “The forces responded effectively killing two militants in a clean operation.”
The killing of the militants coincided with January 26 and the security forces were in a high alert to thwart any possible bid by militants to disrupt the R-Day function.
Police said the militants were possibly assigned with the task of carrying out a strike on Republic Day.
Police identified one of the slain militants as Saqib Shafi Dar of Arihal, Pulwama and other was a foreigner. “Two AK 47 riffles, two magazines, other ammunition and incriminating materials were recovered from the slain militants,” police said. The residential house where the militants were hiding suffered partial damage.