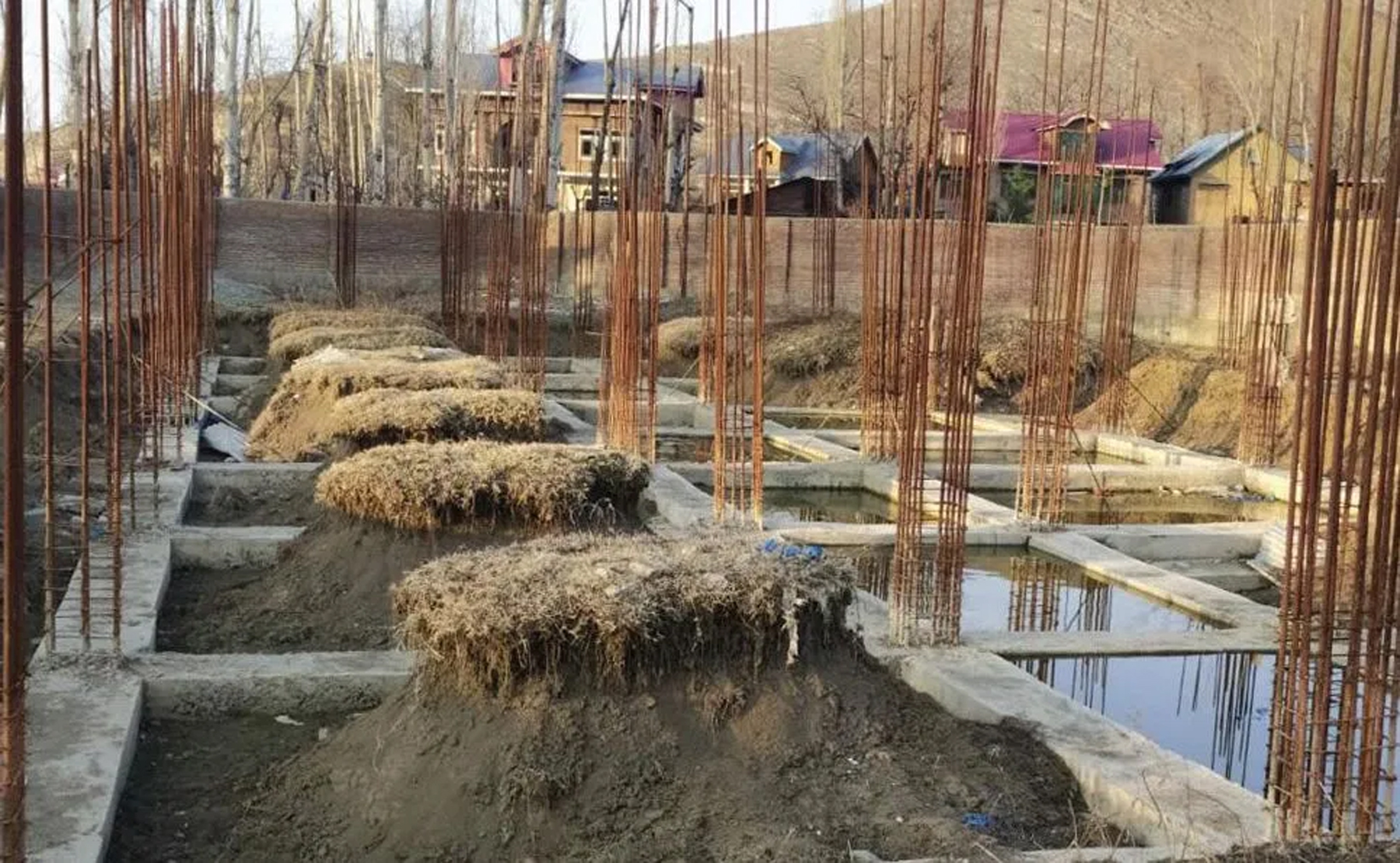 Srinagar, Apr 11: The construction work on the proposed Mini-Secretariat in Dooru area of South Kashmir’s Anantnag district has been stalled for the last two years due to paucity of funding for the project.
The construction work on the much-awaited project started by the end of 2017, but fell short of funds in a few months after being taken up for construction by the Jammu and Kashmir Projects Construction Corporation (JKPCC).
With an expected cost of around Rs 6 crore, the Mini Secretariat was approved during Peoples’s Democratic Party (PDP) and Bharatiya Janata Party (BJP) coalition Government in the erstwhile State of Jammu and Kashmir.
To ease the people’s woes, the Government initiated the construction of a Mini Secretariat so that all the departments can work collectively under a single roof. The work was handed over to Jammu and Kashmir Projects Construction Corporation (JKPCC).
When completed, the facility would benefit people from far off areas who have to travel long distances for minor issues. “For a small administrative issue we have to travel over 20 kilometers to reach district headquarters in Anantnag. It not only consumes more time, but money as well,” Abdul Hameed, a local said.
Some locals believe that unfavorable political scenario marred the project. “Soon after a local Minister laid the foundation stone, the PDP-BJP Government fell. After that, the situation never remained favorable here. This affected the project,” another local, Riyaz Ahmad, said.
The locals urged the Government to take up the construction work of abandoned facility promptly for the betterment of the public. “It will finally benefit the poorer section of the society, regardless of who sanctioned it or who constructed it,” the locals said.
Deputy General Manager (DGM) of the JKPCC for Anantnag, Ghulam Hussain Dar, said that work on the project has been stopped due to lack of funding. “We have got no funds for last two years. Funds completely stopped after the first instalment of around Rs 25 lakh. There is a liability of around Rs 14 lakh against the work done,” he said, adding that the worst sufferers are the contractors who have executed the work.
He said that they have failed to pursue the Government to place it under languishing projects. “We have repeatedly requested the Government, but nothing has happened so far,” he said.