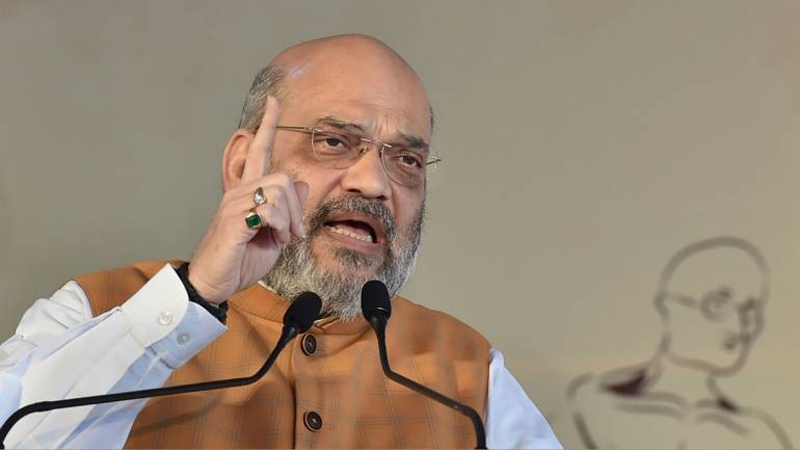 Sanjeev Pargal
JAMMU, Oct 17: In a significant announcement, Union Home Minister Amit Shah tonight said the Government will not take long to restore Statehood to Jammu and Kashmir which was converted into the Union Territory on August 5, 2019 and declared that there will be a wave of development there in next 5-6 months as Lieutenant Governor Manoj Sinha is taking development to grass-root level.
“Prime Minister Narendra Modi has committed Statehood to Jammu and Kashmir. I have also stated this on floor of Parliament. We won’t go back from our promise. It (restoration of Statehood to J&K) won’t take too long,” Shah said in an interview to CNN News 18 Network tonight.
Shah’s statement assumed significance as almost all political parties have been demanding restoration of Statehood to Jammu and Kashmir. While withdrawing special status of J&K on August 5, 2019, the Central Government had bifurcated erstwhile State into two Union Territories of J&K and Ladakh.
Asserting that development in Jammu and Kashmir remained priority of the Central Government, the Home Minister said law and order situation has normalized in Kashmir and a lot could have been done for development of Jammu and Kashmir but due to spread of COVID-19 pandemic, the development did take a hit there.
“Now Manoj Sinha has gone there. He has started the process to take development to grass-root level in Jammu and Kashmir. The stalled development projects have been expedited,” Shah said adding: “In 5-6 months, you will see a wave of development in J&K.”
To a question on senior Congress leader and former Home Minister P Chidambaram’s statement that Article 370 should be restored to Jammu and Kashmir, he said the Congress Party had also taken similar stand in the Parliament.
“Congress interim president Sonia Gandhi and Rahul Gandhi should make their stand on the issue (restoration of Article 370) clear,” he said.
Shah also replied to volley of questions on Sino-Indian standoff in Eastern Ladakh.
“Every nation is always ready (for war). That’s the purpose of maintaining armies—to respond to any form of aggression. I am not saying this in reference to any particular comments, but India’s defence forces are always ready,” the Home Minister said.
The statement comes days after Chinese President Xi Jinping called upon the People’s Liberation Army (PLA) to be prepared for war amid ongoing tensions with India.
“We are committed to protect every inch of India and sovereignty of India is supreme. Regardless of any comment, our armies are always ready to go to war,” he declared.
Shah said Rahul Gandhi and Congress have no right to speak on China.
“In 1962, there was Congress Government and Rahul’s great grandparent was the Prime Minister. How much land China encroached upon in 1962, Rahul must answer that. We are capable of giving firm reply to China”.
The Home Minister said the Army and country’s leadership are capable.
“Truth and most of countries in world are with us,” he asserted and said the country is working on three fronts to give reply to China including diplomatic, talks and Army.
“We are vigilant for every inch of our land. No one can take it away. Our defence forces and leadership are capable of defending the country’s border,” he said