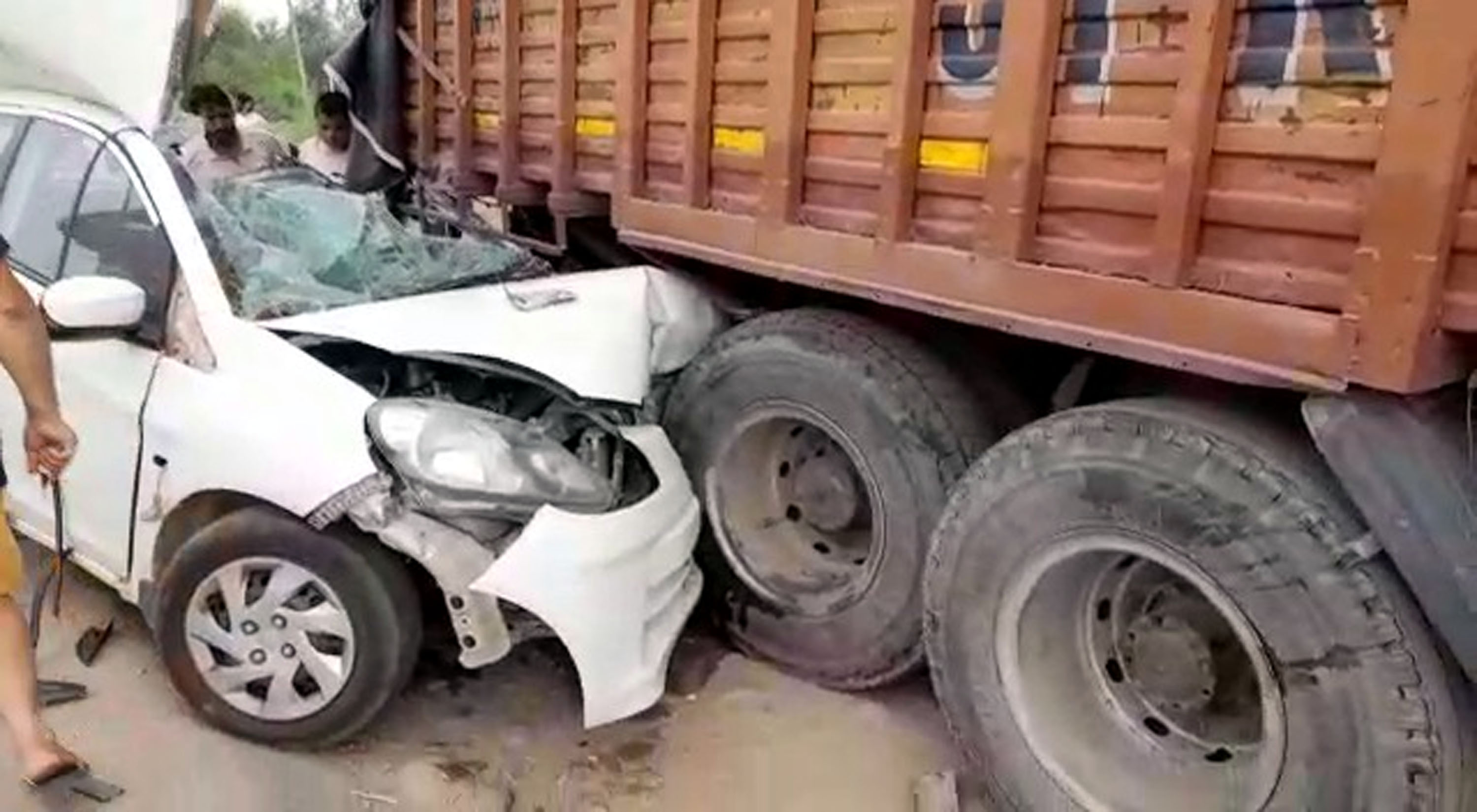 Kathua/Jammu, Jun 28: A 60-year-old woman was killed and her four relatives seriously injured on Tuesday when their private car rammed into a parked truck in Kathua district of Jammu and Kashmir, police said.
The accident took place at Rajbagh on Jammu-Pathankot highway when the driver lost control over the car and hit the truck stationed on the roadside, a police official said.
He said five persons travelling in the car were seriously injured in the accident and were rushed to Government Medical College (GMC) hospital, where Chanchal Gupta, a resident of Chadwal, was declared brought dead. (Agencies)