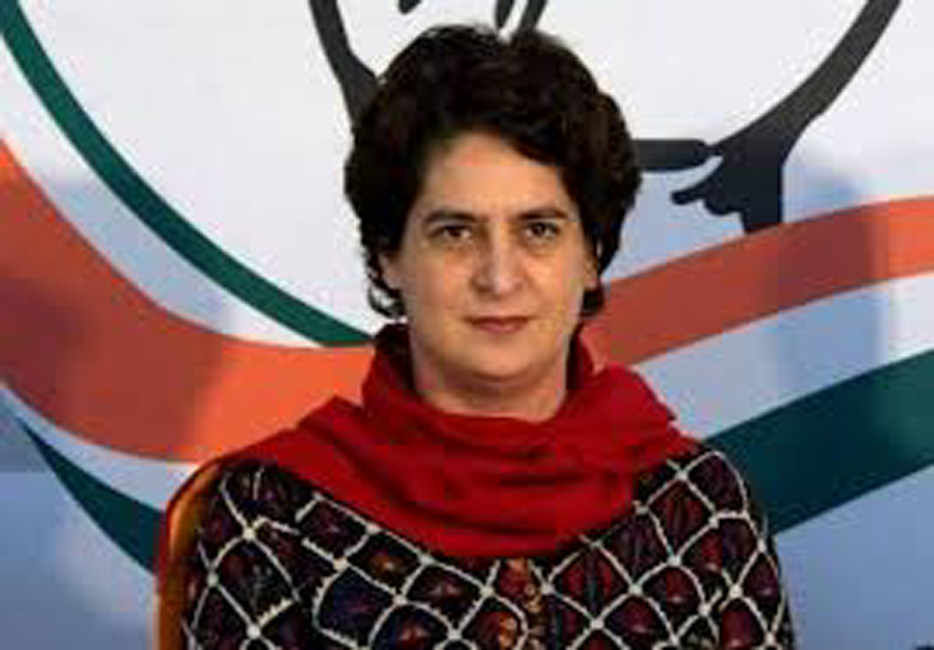 NEW DELHI, Aug 13: Congress leader Rahul Gandhi today accepted Governor Satya Pal Malik’s ‘invitation’ to visit Jammu and Kashmir but said he did not need an aircraft.
Gandhi said he and other opposition leaders would visit Jammu and Kashmir and urged Malik to allow them the freedom to meet people, and soldiers.
Gandhi said in a tweet, “Dear Governor Malik, A delegation of opposition leaders & I will take you up on your gracious invitation to visit J&K and Ladakh. We won’t need an aircraft but please ensure us the freedom to travel & meet the people, mainstream leaders and our soldiers stationed over there.”
On Monday, Governor Malik invited Gandhi to visit Jammu and Kashmir, saying he would send an aircraft for him, after the Congress leader said, “People were dying in the State and the situation was not normal as claimed by the Government.”
Meanwhile, in her first reaction to the scrapping of the special status for Jammu and Kashmir, Congress leader Priyanka Gandhi Vadra today said it was done in a “totally unconstitutional” manner and rejected suggestions that her party spoke in different voices on the issue.
She accused the Narendra Modi Government of not following procedures while nullifying Article 370.
“The manner in which it has been done is totally unconstitutional and against the principles of democracy,” she said when asked to comment on the recent developments.
She was talking to reporters at Umbha, the village where 10 tribals were killed in July in a land dispute.
“There are rules to be followed when such things are done, and those rules have not been followed. The Congress party, as I have said, will always fight for the Constitution and for democracy,” the party general secretary incharge of eastern Uttar Pradesh said.
She played down the apparent differences within her party on the Government move.
“There are no divergent views in the Congress and this became clear at the CWC,”she said, referring to the recent meeting of top decision-making body in the Congress.
“What has happened is the rejection of the Constitution and the Congress has always fought for safeguarding the Constitution and democracy. We will keep fighting this battle,” she said.
She said this is the party’s clear stand and was reflected clearly in the Congress Working Committee statement signed by all members.
She was reacting to queries on the stand taken by senior leader Jyotiraditya Scindia, who had tweeted his support to Centre’s move on Article 370 while suggesting that it would have been better if the “constitutional process” was followed.
“Unlike the BJP where only one voice is heard, in the Congress every voice is given importance, she said.
The party reaches a conclusion after discussing everyone’s input, she said.
Janardan Dwivedi, Milind Deora and Deepender Hooda were among other Congress leaders who appeared to back the abrogation of the special status for Jammu and Kashmir.
Meanwhile, the Congress expressed concern today over the prevailing situation in Jammu and Kashmir and urged the Government to initiate a political dialogue on the issue by taking opposition leaders into confidence and allowing them to visit the State freely.
Senior Congress spokesperson Anand Sharma said opposition leaders should be allowed to visit Jammu and Kashmir and speak to the people there and demanded immediate release of all leaders placed under house arrest in the Valley so that they could voice their opinion.
“Since the Government has imposed restrictions in the first place and taken this one-sided decision, we urge the Government to initiate a political dialogue and take leaders of all opposition parties into confidence,” he told reporters.
Sharma said there were concerns for Jammu and Kashmir — now a Union Territory after the Government decided to withdraw the special status accorded to the State under Article 370 of the Constitution — as there was a complete shutdown, news blackout and the entire communication network was shut.
“Any political leader does not need the hospitality of the Governor. We demand that the Government allow opposition leaders to visit Jammu and Kashmir freely so that the nation and the world can know if all is well there or if there is any cause of concern,” he added.
The Congress leader said the ruling Bharatiya Janata Party (BJP) had allied with the National Conference (NC) during the Atal Bihari Vajpayee Government and with the People’s Democratic Party (PDP) during the Narendra Modi Government and that was why they recognised these as Indian political parties that abided by the Constitution.
“It will be the best that the Government takes these steps. It has been nine days since the decision,” he said.
Questioning why opposition leaders were stopped at the Srinagar airport and not allowed to proceed any further, Sharma said, “This is not good for India’s image. Every citizen has Constitutional rights. While we request citizens to abide by law, the Government should respect their Constitutional rights.” (PTI)