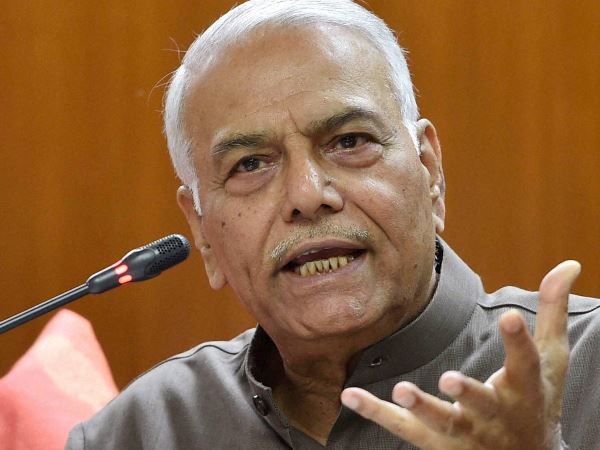 NEW DELHI: Former Finance Minister Yashwant Sinha on Monday said it would be “entirely improper and unconstitutional” if the Modi Government presents a full budget ahead of the Lok Sabha polls, as he asked it to stick to the convention of outgoing dispensations presenting an interim budget.

A strong critic of the BJP-led National Democratic Alliance Government, Sinha also accused it of “dressing up” economic figures despite the country facing an “unprecedented” agrarian distress, employment not picking up and the huge non-performing asset (NPA) problem being not tackled the way it should have been.

Interacting with reporaters at an event in Indian Women’s Press Corps, he said Priyanka Gandhi’s entry into active politics will have a positive impact and strengthen the Congress.

Taking a swipe at the Government over present economic conditions, he said it would now claim by “tweaking” figures ahead of the general election that “river of milk” is flowing in the country and people were never happier. (AGENCIES)