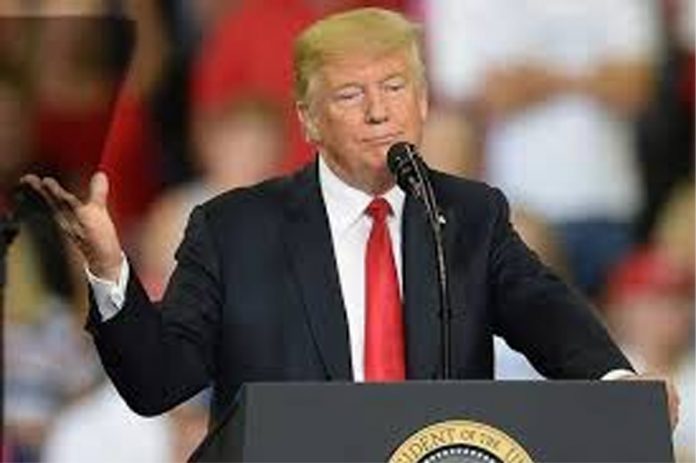 WASHINGTON, Sept 5: The White House said Tuesday a new book by famed investigative journalist Bob Woodward was “nothing more than fabricated stories” to make President Donald Trump look “bad”.
Titled “Fear: Trump in the White House”, the 448-page book is scheduled to hit stores on September 11 and claims to give an insider’s account on the White House working and decision-making process in Trump’s presidency.
The Washington Post on Tuesday published a report along with some excerpts from the book.
“This book is nothing more than fabricated stories, many by former disgruntled employees, told to make the president look bad,” White House Press Secretary Sarah Sanders said.
Woodward, one of America’s top journalists and an associate editor with The Washington Post, has written on eight US presidents beginning Richard Nixon.
In the book, he offers a negative portrayal of Trump’s White House and gives conflicting accounts of differences between Trump and his staff.
Woodward said he tried to reach out to Trump multiple times, but was not successful.
However, when the president finally approached him, the author was ready with his manuscripts.
The White House fought back on the negative portrayal of Trump with Sanders saying, “While it is not always pretty, and rare that the press actually covers it, president Trump has broken through the bureaucratic process to deliver unprecedented successes for the American people. Sometimes it is unconventional, but he always gets results.”
“Democrats and their allies in the media understand the president’s policies are working and with success like this, no one can beat him in 2020 – not even close,” said the press secretary as she list out the Trump administration’s achievements since January 2017.
According to the book, White House Chief of Staff John Kelly described Trump as an idiot in a meeting.
“In one small group meeting, Kelly said of Trump: He’s an idiot. It’s pointless to try to convince him of anything. He’s gone off the rails. We’re in Crazytown. I don’t even know why any of us are here. This is the worst job I’ve ever had,” Woodward has written according excerpts published in The Washington Post.
Kelly, however, denied having made such a remark.
“The idea I ever called the president an idiot is not true. As I stated back in May and still firmly stand behind: I spend more time with the president than anyone else, and we have an incredibly candid and strong relationship.
“He (Trump) always knows where I stand, and he and I both know this story is total BS. I’m committed to the president, his agenda, and our country. This is another pathetic attempt to smear people close to President Trump and distract from the administration’s many successes,” he said in a statement.
According to the recording of the phone call between the president and Woodward, as released by The Washington Post, Trump told the author that he had never received a request for a meeting with him.
“It’s really too bad, because nobody told me about it, and I would’ve loved to have spoken to you,” Trump said as per the audio recording.
“You know I’m very open to you. I think you’ve always been fair,” he said.
On his way to India for the 2+2 Dialogue tomorrow in New Delhi, Defense Secretary Jim Mattis joined the White House in slamming Woodward.
“The contemptuous words about the president attributed to me in Woodward’s book were never uttered by me or in my presence. While I generally enjoy reading fiction, this is a uniquely Washington brand of literature, and his anonymous sources do not lend credibility,” he said.
“While responsible policy making in the real world is inherently messy, it is also essential that we challenge every assumption to find the best option. I embrace such debate and the open competition of ideas,” he said.
Mattis said in just over a year, robust discussions and deliberations have yielded significant results.
These include the “near annihilation of the ISIS caliphate, unprecedented burden sharing by our NATO allies, the repatriation of US service member remains from North Korea, and the improved readiness of our armed forces”, he said.
“Our defense policies have also enjoyed overwhelming bipartisan support in Congress,” Mattis said.
“In serving in this administration, the idea that I would show contempt for the elected Commander-in-Chief, President Trump, or tolerate disrespect to the office of the President from within our Department of Defense, is a product of someone’s rich imagination,” the defense secretary said. (PTI)
&&&&