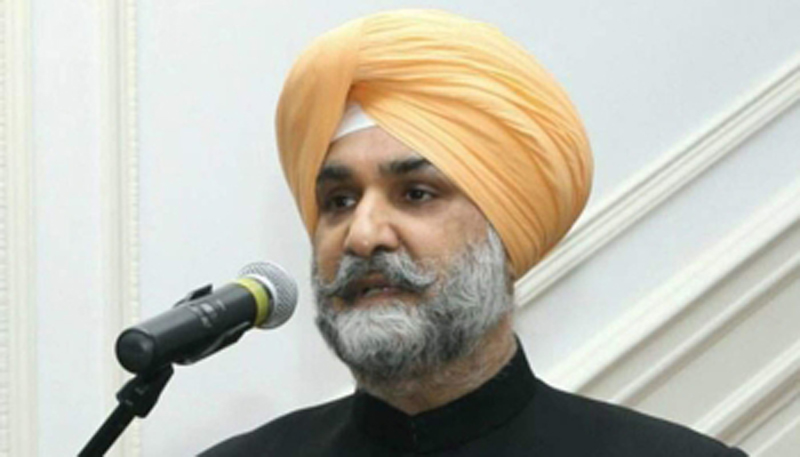 WASHINGTON, Aug 8:
The West Coast of the US has a “special place” in the bilateral ties between India and America, the top Indian diplomat in the US has said as he urged the diaspora community from the region to play a key role towards achieving the goal of a self-reliant India.
The West Coast or Pacific Coast spreads from Washington State and stretches down South along the Pacific and also includes Hawaii and Alaska.
In his maiden virtual interaction with eminent members of the diaspora from the West Coast on Friday, India’s Ambassador to the US Taranjit Singh Sandhu said the Indian-American community gives a different quality to Indo-US ties and adds value to this partnership.
“Your entrepreneurial spirit, excellence in high-tech and areas of advanced technology is contributing, not just to the competitiveness of the US, but also on a global level,” he said.
“The West Coast has a special place in our relationship with the United States. The Indian-American community here has distinguished itself and contributed immensely to the economic growth in this region,” Sandhu said.
The US, with its advanced technology base, can be a key partner for programmes like Make in India, Digital India and Start-up India, he said.
Reiterating that the four million strong Indian diaspora is an important stakeholder in relationship with the US, Sandhu said as the India-US relationship has evolved into a global strategic partnership, he looks forward to the community, playing a more active role.
He noted that the Indian diaspora members from the West Coast occupy important positions in various walks of life, including business, academia, research, medicine, IT, management, real estate and politics.
The recent announcements by tech-giants from the West Coast, such as Google, Facebook, Sequoia Capital and Qualcomm to invest in India show their faith and confidence in the Indian economy, “that our fundamentals are strong, and that we would play a very major role, in global economic recovery”, Sandhu said.
“Prime Minister Modi has given the call for ‘Atma Nirbhar Bharat’. We want to build a self-reliant India, and one that is integrated, to the global economy. We want to seize opportunities, to become part of the global value chain,” he said.
Sandhu was joined by India’s new Consul General in San Francisco T V Nagendra Prasad.
“Ambassador Taranjit Sandhu and Consul General TV Nagendra Prasad provided an informative update to community leaders about the COVID-19 situation in India, the Vande Bharat flights and other areas of interest to the Indian diaspora,” said Indiaspora founder M R Rangaswami.
“Ambassador Sandhu gave strong and compelling remarks about the strength of India as a vibrant, inclusive, pluralistic and diverse democracy and society,” said Mihir Meghani from the Hindu American Foundation. (PTI)