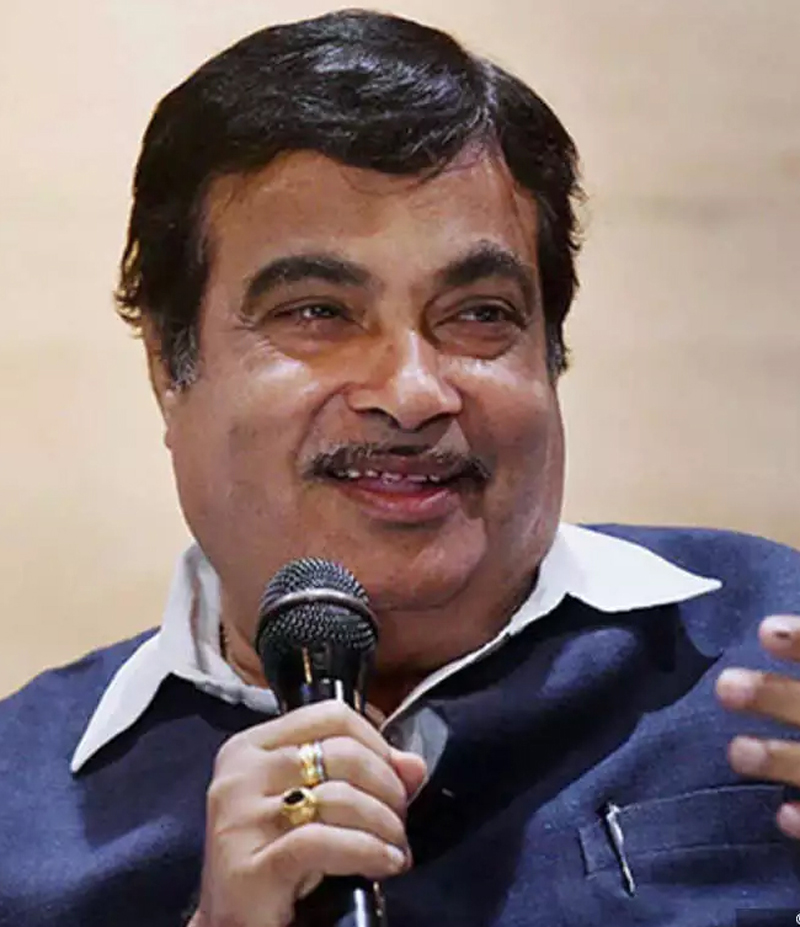 NEW DELHI, Aug 8:
To boost ‘self-reliant India’ endeavour, Union minister Nitin Gadkari on Saturday urged the industry to identify the sectors heavily reliant on imports, particularly from China, and look for substitutes towards indigenous production to make India a super power.
Asserting that a case study is in the offing based on three years of imports and exports, Gadkari said China’s 70 per cent of exports pertained to ten sectors that included electrical machinery and equipment accounting for 26.09 per cent of its exports worth USD 671 billion and machinery including computers grabbing 10.70 per cent of its exports worth USD 417 billion.
Road Transport, Highways and MSME Minister Gadkari while addressing a CII event “India@75 Summit – Mission 2022” urged the industry to look beyond metropolises and developed cities to lay a network of industries and ventures in rural, far-flung and tribal areas which never grabbed attention.
“It pains me that 90 per cent of the focus of industry bodies is on major industries in big cities and metropolises. There is seldom any focus on rural, tribal and remote areas. There is a need to change it… Advance sector wise planning is the need of the hour to make India a super power,” Gadkari said.
“China’s 70 per cent of exports are from 10 sectors,” Gadkari said and urged CII to identify what was imported in India and how can that be replaced with indigenous production for ‘self-reliance’ while assuring all government support in this initiative.
He said of the China’s exports, apart from machinery and equipment, furniture and related things accounted for exports worth USD 100 billion, plastics products (USD 84 billion), vehicles (74.40 billion) and clothings (USD 66.80 billion).
“CII should identify sectors to boost exports and reduce imports. In some areas we will have to increase import duty to encourage Indian manufacturers,” he said.
Assuring all possible help to the industry for making rural and tribal areas their hub, the minister said a wide network of highways, railways and waterways was bound to bring down logistics cost.
He also said that a host of initiatives including redefining the definition of MSMEs will yield rich dividends.
The minister informed that the government is working on a scheme for inclusion of smallest units under the MSME ambit and providing for their micro-financial requirements.
He also stressed the need for upgradation of technology by industry players and urged them to explore joint ventures to bring in foreign low cost capital.
In addition, he urged the industry to come up with the list of obsolete legislations hindering their growth so that steps could be taken to facilitate new ventures besides.
“There is an urgent need to create employment, and focussing on rural, agriculture, tribal and village areas including 115 aspirational districts could be beneficial. The target is to shift about 7-8 per cent of population from overcrowded cities to upcoming smart cities and villages,” the minister said.
He exhorted the industry to explore investment opportunities on the sides of proposed 22 new expressways.
He also asked the industry body CII to draft a proposal for insurance of highway stretches, saying this will do away the requirement of bank guarantees.
“This will speed up financial closure of road projects and finance raising, facilitating faster project completions,” he said. The Minister also said that he was in discussion with Uttarakhand government for developing Auli, a famous tourist destination, into a world-class place so that it becomes a venue for events like the World Economic Forum that takes place in Davos, Switzerland. (PTI)