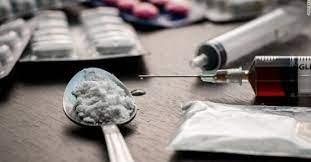 While we are not tired of talking a lot about how to fight very vigorously a war against the scourge of drugs and narcotics trafficking on all fronts , the ultimate point that of ensuring the persons involved in dealing in and with drugs and other narcotic substances, directly or indirectly, getting convicted often gets aborted on account of the prosecution not being in a ”position” to provide sufficient inputs in the form of evidences, witnesses, forensic reports and the like before the courts. In other words, prosecution exercise and presenting of investigating reports etc are found feeble and week so much so that the same cannot stand to court scrutiny and the process of trial. The result is the acquittal of the accused and that is quite unfortunate emboldening the hard core drug traffickers all to the peril of the society. No one ordinarily can buy any argument or excuse from any side from the prosecution in respect of the courts not provided with sufficiently adequate material of proof to the satisfaction of the court so that the accused could get convicted. Where does the prosecution falter or do its work perhaps half heartedly is the question. Is it just coincidental or intentional which must be probed into. The prosecution team /personnel need to be over cautious and quite careful in respect of cases investigated and charge sheeted under Narcotic Drugs and Psychotropic Substances Act (NDPSA). Had it been so, perhaps two persons hailing from Sumbal, Bandipora Kashmir valley charged under stringent NDPSA would have not been acquitted as the prosecution “failed to connect the accused with the crime