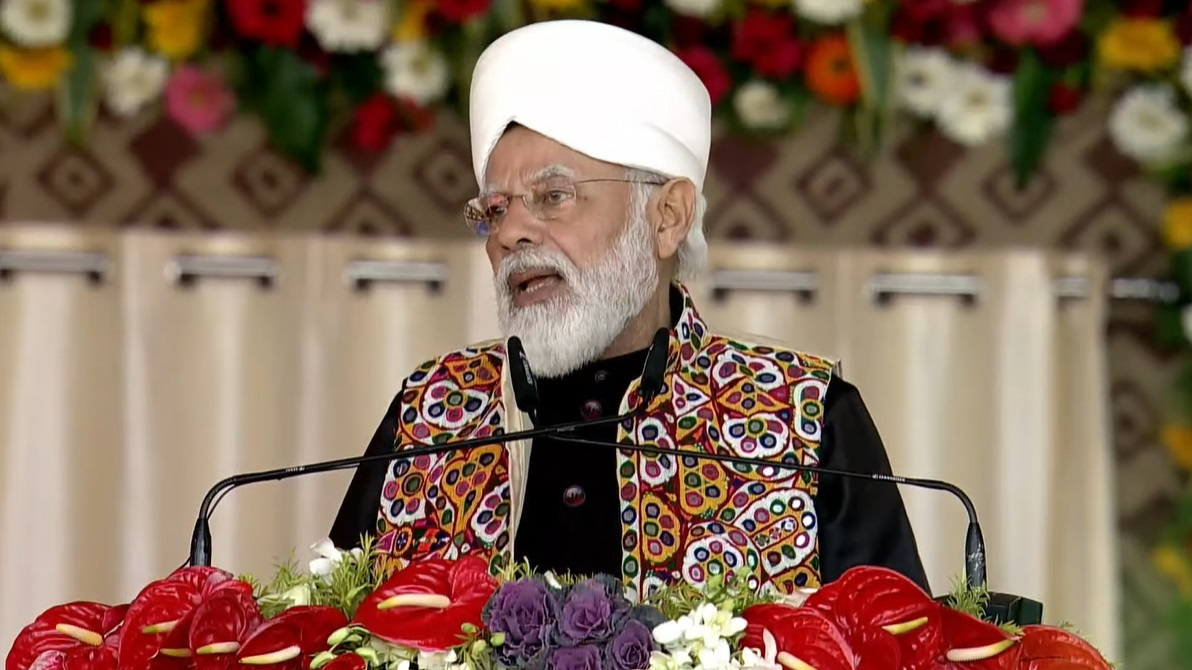 Uttar Pradesh, Dec 23: Launching a veiled attack on the Opposition, Prime Minister Narendra Modi on Thursday said some people have made talking about cows a crime but for us cows are revered as mothers.
The Prime Minister inaugurated and laid the foundation stone for 22 development projects worth Rs 870 crores in his Lok Sabha constituency Varanasi on Thursday.
Addressing people following the inauguration of the development projects, the Prime Minister said, “Strengthening India’s dairy sector is one of the top priorities of our government. Talking about cow and ‘govardhan’ has been made a crime by some people. Cow can be a crime for some people but for us cow is revered as mother. People who make fun of cows and buffaloes forget that the livelihood of 8 crore families of the country is run by such livestock.”
He said that the milk production in the country has increased by about 45 per cent as compared to 6-7 years ago. He said India accounts for about 22 per cent of the world’s milk production.
The Prime Minister said Uttar Pradesh is not only the largest milk-producing state in the country but also stays far ahead in the expansion of the dairy sector.
“I firmly believe that new energy in white revolution of the country that is the dairy and animal husbandry sector can play a big role in changing the condition of the farmers. Animal husbandry can become a huge source of additional income for the small farmers whose number is more than 10 crores in the country. Dairy products of India have a huge overseas market and we have lot of potential to grow,” he emphasized.
The Prime Minister also paid tribute to former prime minister Chaudhary Charan Singh on his birth anniversary today.
“Today is the birth anniversary of the former Prime Minister Chaudhary Charan Singh ji. In his memory, the country is celebrating Farmer’s Day,” he said.
Before the inauguration, the Prime Minister reviewed the development projects along with Uttar Pradesh Chief Minister Yogi Adityanath.
Assembly polls in Uttar Pradesh are slated for early next year. (Agencies)