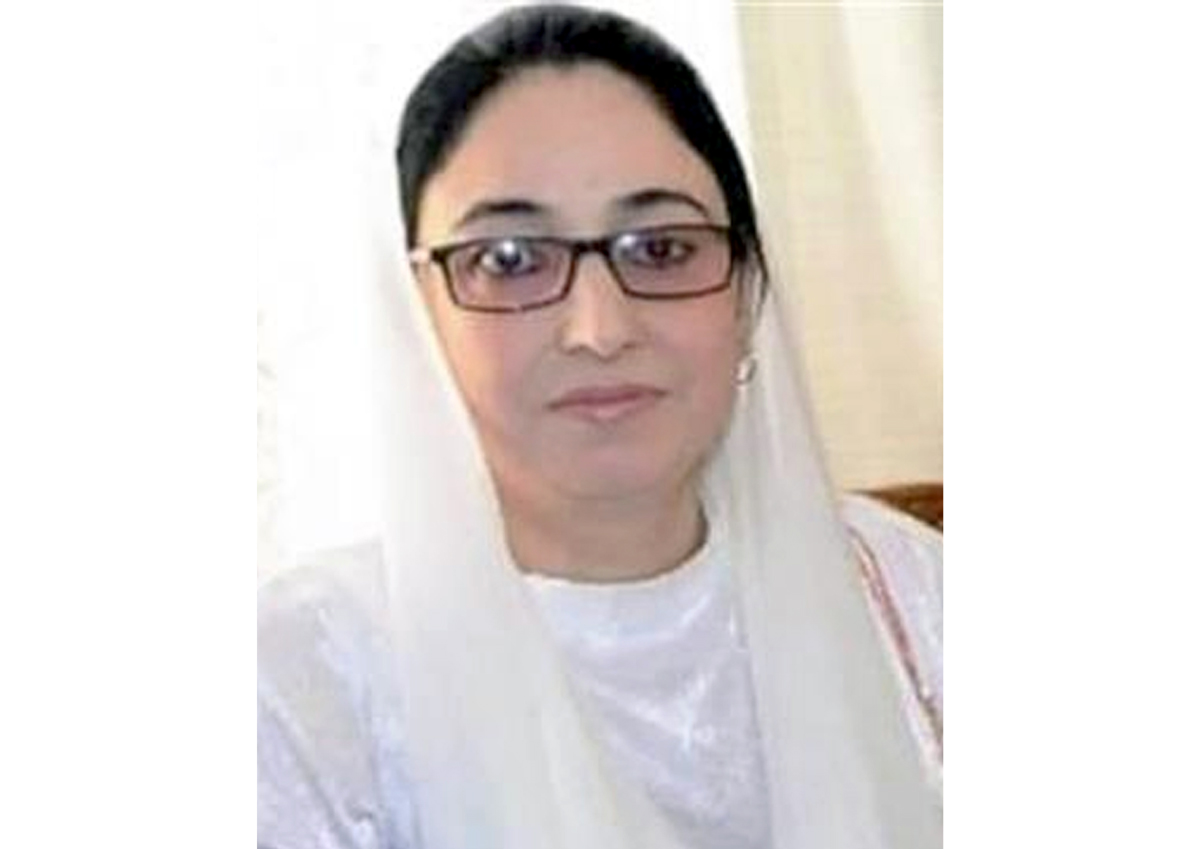 Rs 200 cr cancer institute being established at Srinagar
Avtar Bhat
JAMMU, Sept 10: Issuing stern warning to encroachers of Wakf land in J&K UT by some white-collar people and others, Chairperson J&K Wakf Board, Dr Darkshan Andrabi today said that the people involved in the land grabbing of Muslim religious places in the UT will be taken to task and all encroachments will be removed very soon.
Participating in a debate organised by Gulistan TV here today, Dr Andrabi spoke tough on land grabbers and encroachers saying that Wakf land has been grabbed in both regions of J&K but in Kashmir the white-collar and influential people have encroached it and also transferred it on their name while in Jammu the land belonging to Wakf has been occupied by some poor people but they have not transferred it on their name.
Dr Andrabi said that Board is going to issue a white paper in this regard soon highlighting the misappropriation of funds in Wakf during previous regimes as well as encroachment of its land by influential people under the patronage of the Governments of that time.
Maintaining that Board is working for total transparency in its functioning, so that the people of UT are benefitted by the Wakf property, she said soon they are going to lay the foundation stone of Rs 200 crore cancer Institute near Eidgah in downtown Srinagar. She has made an appeal to Union Home Minister, Amit Shah to lay its foundation during his forthcoming visit to J&K ending this month.
She said 70 Kanals of Wakf land has been identified for the Hospital near Eidgah Srinagar out of 600 Kanals of Wakf land. The Hospital will be a joint venture of Board and Corporate Sector, she added.
Moreover, Dr Andrabi said that the main objective of Wakf is to transform the J&K and revive the age old Sofi culture in Kashmir which teaches brotherhood and peace. It was the basis of pluralism in Kashmir which has faced lot of bloodshed due to over three decade long turmoil. The Board is working in that direction and she expressed the hope that she will achieve success in this great mission.
She said Hindus and Muslims share a joint legacy in Kashmir and they lived in complete peace and harmony for ages together and “I am working in bridging those bonds again. This is the reason that I participated in laying of foundations stone of Sharda temple at Teetwal in Kupwara district of North Kashmir near LoC along with my Pandit brethren”, she added.
She said that many reformative steps were taken by her soon after taking over as Chairperson of the Board and Prime Minister, Narendra Modi has given categorical directions that no one can occupy the Wakf land and the Wakf Amendment Act brought by present Government is totally clear in this regard. She warned whosoever has encroached the Wakf land how influential he or she may be they will not be spared.
Dr Andrabi said that there is a misconception among most people that Wakf land is custodian land and made it clear that there is difference in Wakf and Custodian land. The Wakf land is that which has been donated by the people for religious purposes while Custodian land is that which has been left out by the people who migrated to Pakistan after the partition.
She said after taking over as the Chairperson of the Board people have again started donating land to Wakf Board. The people in J&K are happy over bringing the new Wakf law and termed it a good decision taken by any Government for the first time in the history of J&K, she added.
Maintaining that Islamic University at Awantipora in South Kashmir district of Pulwama is on the Wakf land, Dr Andrabi said that Wakf Board will take the University and its other institutes under its own control. She took the then Government to task for not attaching the name of Wakf with the University.
She said that misappropriation of funds in the Wakf has been totally checked now and the Board’s functioning has been made totally transparent. This can be gauged from the fact that earlier the income of the Board was in few lakhs which has now jumped to crores only in last two months, she added.
The Wakf Chairperson, while referring to implementation of new Wakf Law said whenever there is any difficult task it is being tackled by BJP. She said that there was such a monopoly made in the functioning of Wakf that tenants were paying Rs 36 , Rs 50 and Rs 100 as rent as they were having patronage of leaders and political parties and now this all monopoly will not be allowed and everything will be streamlined in the Wakf Board.