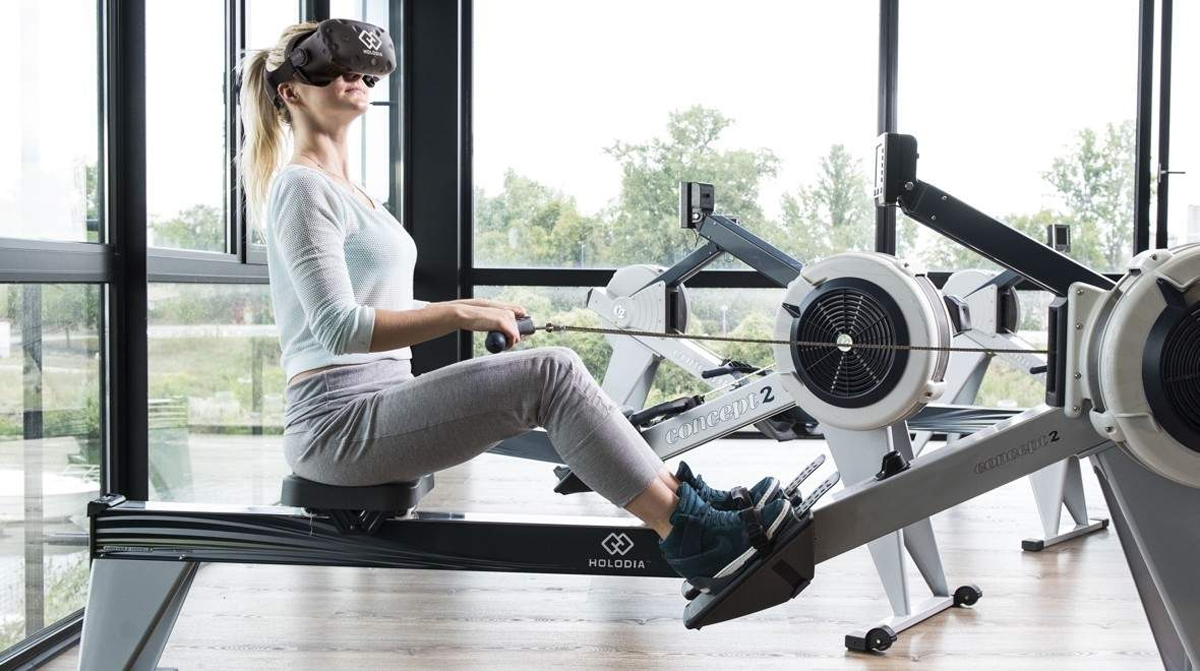 LONDON, Oct 2: Using virtual reality (VR) headsets while exercising can reduce pain and increase how long someone can sustain an activity, a study has found.
The researchers set out to determine how using VR while exercising could affect performance by measuring a raft of criteria: heart rate, pain intensity, perceived exhaustion, time to exhaustion and private body consciousness.
Led by Maria Matsangidou, a PhD candidate at University of Kent in the UK researchers monitored 80 individuals performing an isometric bicep curl set at 20 per cent of the maximum weight they could lift, which they were then asked to hold for as long as possible.
Half of the group acted as a control group who did the lift and hold inside a room that had a chair, a table and yoga mat on the floor.
The VR group were placed in the same room with the same items. They then put on a VR headset and saw the same environment, including a visual representation of an arm and the weight.
They then carried out the same lift and hold as the non-VR group.
The results showed a clear reduction in perception of pain and effort when using VR technology. The data showed that after a minute the VR group had reported a pain intensity that was 10 per cent lower than the non-VR group.
Furthermore the time to exhaustion for the VR group was around two minutes longer than those doing conventional exercise. The VR group also showed a lower heart rate of three beats per minute than the non-VR group.
Results from the study also showed no significant effect of private body consciousness on the positive impact of VR. Private body consciousness is the subjective awareness each of us has to bodily sensations.
Previous research has shown that individuals who have a high private body consciousness tend to better understand their body and as a result perceive higher pain when exercising. However, the study’s findings revealed that VR was effective in reducing perceived pain and that private body consciousness did not lessen this effect.
As such, the improvements shown by the VR group suggest that it could be a possible way to encourage less active people to exercise by reducing the perceived pain that exercise can cause and improving performance, regardless of private body consciousness.
“It is clear from the data gathered that the use of VR technology can improve performance during exercise on a number of criteria. This could have major implications for exercise regimes for everyone, from occasional gym users to professional athletes,” said Matsangidou. (AGENCIES)