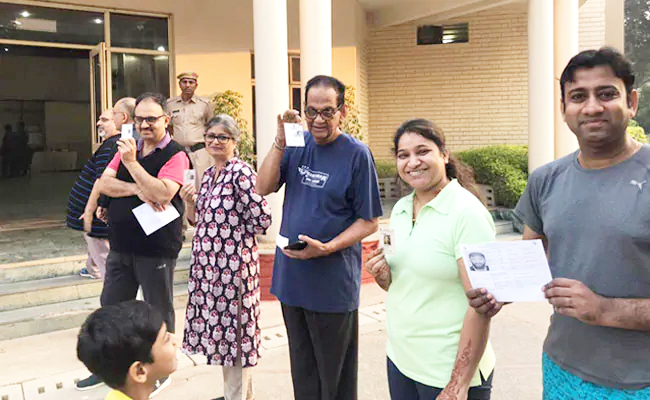 Mumbai : The voting for the bypolls in 51 assembly constituencies in 17 states, apart from the two parliamentary constituencies of Satara in Maharashtra and Samastipur in Bihar started on Monday morning. These come along with assembly elections in Maharashtra and Haryana. The elections are significant as it is the first assembly polls after Narendra Modi led the BJP-led NDA to a resounding victory in the Lok Sabha election in 2019 for a successive second term in office. The polling for all these seats will start at 7 AM and will last till 6 PM. The votes will be counted on October 24.

Among the states ruled by the BJP and its allies, the maximum 11 seats will have bypolls in Uttar Pradesh, followed by six in Gujarat, five in Bihar, four in Assam and two each in Himachal Pradesh and Tamil Nadu. The other states where bypolls will be held are Punjab (4 seats), Kerala (5 seats), Sikkim (3 seats), Rajasthan (two seats) and one seat each in Arunachal Pradesh, Madhya Pradesh, Odisha, Chhattisgarh, Puducherry, Meghalaya and Telangana.