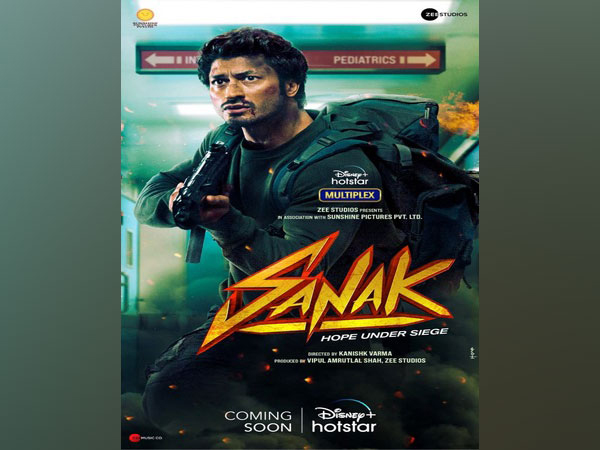 Mumbai, Sept 22: Vidyut Jammwal-starrer ‘Sanak – Hope Under Siege’ is all set for digital streaming.
The film will release on Disney+ Hotstar Multiplex. However, the release date of Kanishk Varma directorial has not been announced yet.
Announcing the same, Vidyut took to his Instagram and wrote, “Love makes us fight battles we never imagined. Witness it in SANAK, my next action thriller.Ab meri #Sanak karegi saari hadein paar! Coming soon on @disneyplushotstar #DisneyPlusHotstarMultiplex.”
He also shared the film’s new poster, in which he can be seen holding a gun.
Produced by Vipul Amrutlal Shah and Zee Studios, ‘Sanak’ is touted as an action film.
It also stars Neha Dhupia, Chandan Roy Sanyal, and Rukmini Maitra. (Agencies)