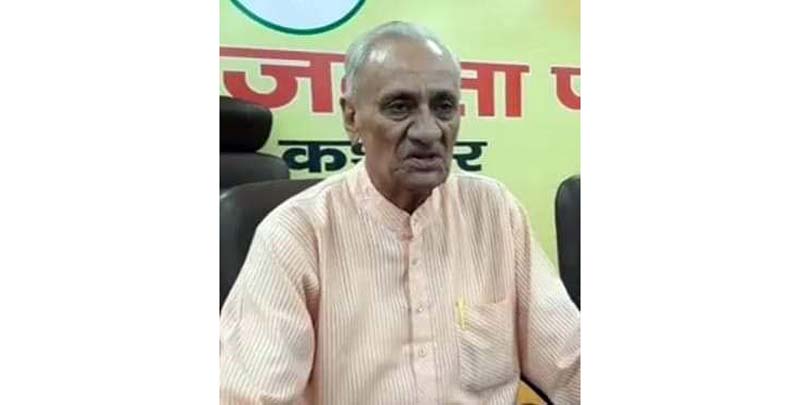 Excelsior Correspondent
JAMMU, Aug 17: Veteran BJP leader and former Vice Chairman of State Advisory Board for the Development of Polari Speaking people, Kuldeep Raj Gupta breathed his last here this morning after a brief illness. He was 86.
Gupta a resident of Rajouri town was associated with Praja Parishad movement from his young age and later became an active member of Bharatiya Jana Sangh (BJS). He worked in association with former Jana Sangh All India president and founder of Praja Parishad Movement, Pt Prem Nath Dogra and other senior leaders and played an active role during the Praja Parisahd agitation of 1952 and other movements launched by party for the welfare of people and total integration of J&K with India from time to time. He was also a strong voice against the terrorism and separatism.
Gupta was admitted in GMC Jammu some days back after he became indisposed where he breathed his last this morning due to cardiac arrest.
The leaders of various political parties including BJP and Congress besides some social organizations have expressed their profound grief and shock over his demise and termed it a great loss for the UT people who they said has dedicated his whole life for serving the poor and downtrodden.