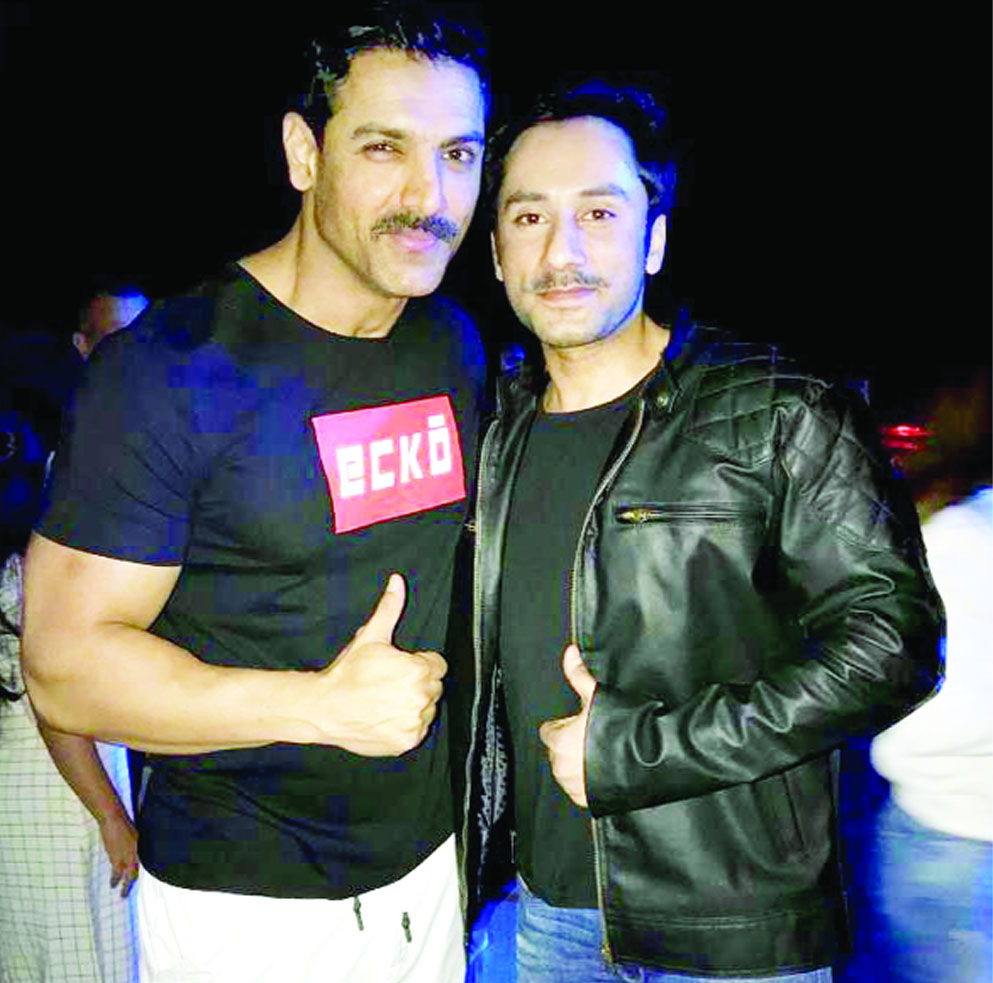 Ajay Raina
Son of the soil Amit Verma has made it to the silver screen. Hailing from village Uttri in District Kathua, Verma will be seen in the upcoming Bollywood Movie “Batla House” starring John Abrahim as Assistant Commissioner of Police (ACP). The movie is based on a real episode that occurred in New Delhi.
In this movie, Verma is playing the role of a police cop along with John Abrahim. The movie has been directed by Nikkhil Advani, who has directed movies like Kal Ho Na Ho, D Day, etc.
In an interaction with his correspondent during his recent visit to Jammu, Amit Verma narrated his life story from Jammu to Silver Screen.
Son of Manohar Lal Verma and Asha Verma, Amit Verma did his schooling from RSJN Kathua and later went to Jaipur for higher studies. He has done his Bachelor Degree in Pharmacy from Rajasthan Health University.
After doing Bachelor Degree in Pharmacy, Verma worked in a Pharma Company and during job period went to Andheri in Mumbai to see how the auditions happen. He also visited big TV Production Houses just to see how they work. After gathering little bit information, Verma went back to Jaipur, resigned from the job and came back to Mumbai in 2013.
He settled in Andheri and started auditions journey. He started working in Mumbai for survival and also visited for auditions whenever he got the time. To keep self fit and fine, Verma joined gym and dance classes.
Verma got a role in a small role in a serial and the track goes for 3 months. After that, Verma worked in various ads including Coffee Bite, Complain, Birla Sun Life Insurance, Somany Tiles, Patanjali, Nerolac Paints, Bajaj Platina, etc.
In the recently released Uri Movie, Verma got the role of Raw Inspector, which he performed exceptionally. In the forthcoming movie Batla House to be released on August 15 this year, Verma’s character name is Vazir Singh, a police cop.
Verma loves reading books and music while playing guitar. He spends 2 hours daily in the gym to be fit, practice dance and learns horse riding. Verma says, “Hard work also pays off but one has to remain consistent”.
“My mother always supported me to fulfill my dreams. In early days my father was not happy with my working in the TV, but later on supported me”, said Verma, adding that his brother Arvind Verma also supported him during his struggle days.