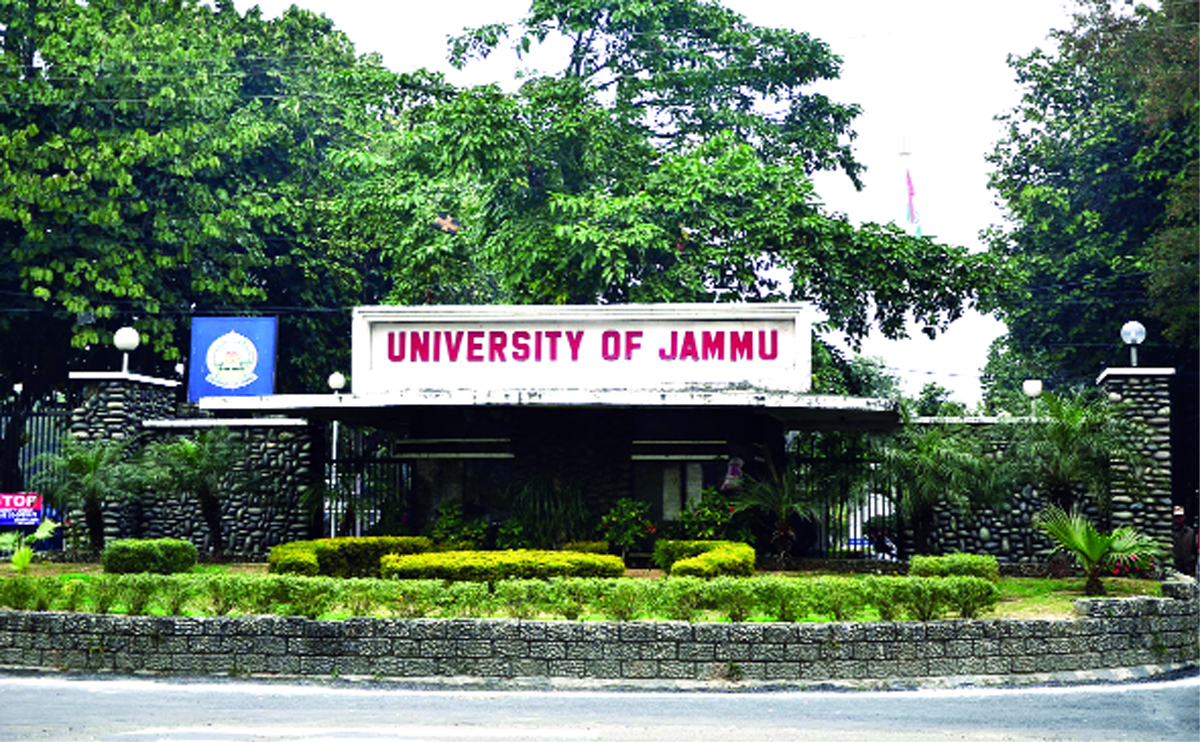 Nishikant Khajuria
JAMMU, Sept 27: Going into action, Jammu University Vice-Chancellor Prof Manoj K Dhar today removed Dr Meenakshi Kilam from the post of Registrar and also constituted a committee to redress the grievances of the university officers, following which the protesting Assistant Registrars and equivalent resumed their duties.
According to an order issued by the university, Prof R K Ganjoo shall function as Registrar in addition to his existing duties in the Department of Geology relieving Dr Meenakshi Kilam, Director DIQA, from the additional charge of the Registrar.
In addition to her existing duties as Director DIQA, Dr Meenakshi Kilam shall function as Rector Udhampur Campus till further orders, relieving Prof Hardeep Chahal from the additional charge of this position.
Prof Arvind Jasrotia, Director of the JU Law School, shall function as Director Colleges Development Council in addition to his existing duties till further orders, relieving Prof R K Ganjoo from the additional charge of the Director CDC.
Prof Vinay Chauhan of the JU Business School shall function as Dean Students Placement in addition to his existing duties till further orders, relieving Prof Dipanker Sengupta from the additional charge of this position.
If the sources are to be believed, this administrative reshuffle at the top level was outcome of the developments in Jammu University since last Monday when the officers of the rank of Assistant Registrar and the equivalent proceeded on indefinite protest leave seeking implementation of their Career Advancement Scheme, which has already been approved by the University Council for the last more than two years.
Even as Prof Manoj K Dhar was initially very positive towards the promotional issue and soon after taking over as the Vice-Chancellor, he had purportedly conveyed his desire to redress the grievances of the officers, sources said that alleged manipulations at the top administrative level did not allow the things to move towards right direction thus further delaying implementation of this scheme till date.
However, after the aggrieved ARs and equivalent proceeded on indefinite protest leave from September 23 and the Vice-Chancellor personally initiated dialogue with the protesting officers, things started becoming clear with regard to genuineness of the demand and alleged manipulations against the promotional scheme by some elements in the University administration.
Apparently to avoid the vigil of negative elements, the Vice Chancellor preferred to meet with the protesting officers at his official residence and the results were positive thus ending five-day long strike today by ARs and equivalent.
In order to redress the grievances of the officers, the Vice-Chancellor constituted a three-member committee, which shall submit its recommendations within 15 days.
The committee, comprising Prof R K Ganjoo (Registrar), Prof Kulwant Singh (Controller of Examination) and Dr Manju Jamwal (Department of Law), shall be provided secretarial assistant by Vikas Gupta, Computer Assistant (Coordination Section).
Following constitution of the committee and the Vice-Chancellor’s assurance for positive consideration, the protesting ARs and equivalent resumed their duties today.