E-Paper
Home International US will pull out of Intermediate Range Nuclear Forces treaty with Russia:... 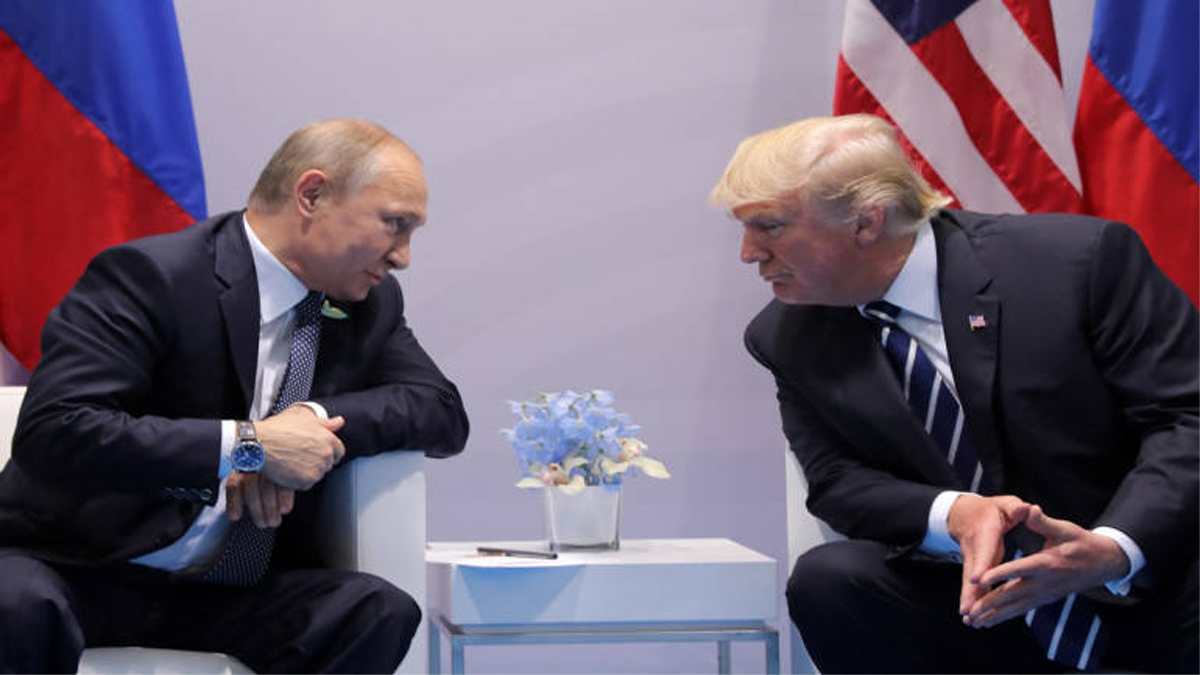 WASHINGTON, Oct 21: President Donald Trump has confirmed that the US will pull out of an arms control treaty with Russia dating from the cold war that limited the number of missiles in the two nations, accusing Moscow of violating the deal.
The Intermediate-Range Nuclear Forces (INF) treaty was one of those agreements and is set to expire in the next two years. The 1987 pact helps protect the security of the US and its allies in Europe and the Far East.
It prohibits the United States and Russia from possessing, producing or test-flying a ground-launched cruise missile with a range of 300 to 3,400 miles. It also covers all land-based missiles, including those carrying nuclear warheads.
“We’re going to terminate the agreement and we’re going to pull out,” Trump told reporters Saturday in Nevada when asked about the reports that his National Security Advisor John Bolton wants the US to pull out of the three-decade-old treaty.
“We’ll have to develop those weapons,” he said.
The INF treaty was signed between the then US president Ronald Reagan and his USSR counterpart Mikhail Gorbachev in 1987 on the elimination of intermediate-range and shorter-range missiles.
The Pentagon has been supportive of the INF treaty but Defense Secretary James Mattis warned other NATO ministers earlier this month it would no longer be tenable if Russia did not withdraw its Novator ground-based missile, which the US has argued for nearly four years violates the INF range restrictions.
“We are going to terminate the agreement and then we are going to develop the weapons,” unless Russia and China agree to a new deal, the US president said.
“Russia has violated the agreement. They have been violating it for many years,” Trump said.
He asserted that the US is “not going to let them violate a nuclear agreement and go out and do weapons and we’re not allowed to”.
“We’ll have to develop those weapons, unless Russia comes to us and China comes to us and they all come to us and say let’s really get smart and let’s none of us develop those weapons, but if Russia’s doing it and if China’s doing it, and we’re adhering to the agreement, that’s unacceptable,” Trump asserted.
He said the US will not adhere to the agreement, unless others were violating it.
Trump alleged that his predecessor Barack Obama had kept quite on this. “I don’t know why president Obama didn’t negotiate or pull out. And we’re not going to let them violate a nuclear agreement and go out and do weapons and we’re not allowed to,” he said.
“We’re the ones that have stayed in the agreement and we’ve honoured the agreement.
“If they get smart and if others get smart and they say let’s not develop these horrible nuclear weapons, I would be extremely happy with that, but as long as somebody’s violating the agreement, we’re not going to be the only ones to adhere to it,” the US president said.
Russian state news agencies on Saturday cited a foreign ministry source as saying Washington’s move to pull out of the treaty is motivated by a dream of a single global superpower.
“The main motive is a dream of a unipolar world. Will it come true? No,” a foreign ministry source told Ria Novosti state news agency.
The official said that Russia has “many times publicly denounced the US policy course towards dismantling the nuclear deal”.
Washington “has approached this step over the course of many years by deliberately and step-by-step destroying the basis for the agreement,” the official said.
NATO ministers issued a joint statement saying the INF agreement “has been crucial to Euro-Atlantic security and we remain fully committed to the preservation of this landmark arms control treaty”. But they urged Russia to come clean about the capabilities of its new missile. (PTI)