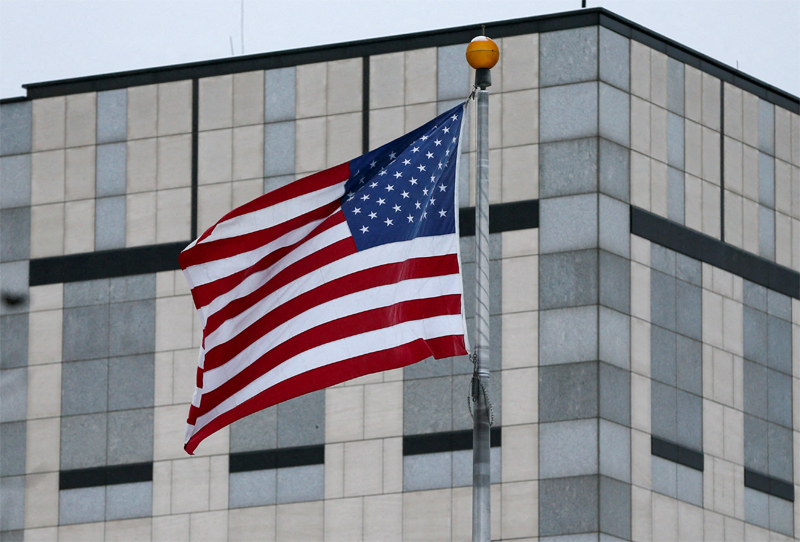 KIEV,  Jan 30:  The US Embassy in Kiev urged American citizens once again to leave Ukraine due to the “unpredictable” security situation and recommended them a number of possible destinations.

“The security situation in Ukraine continues to be unpredictable due to the increased threats of Russian military action and can deteriorate with little notice. U.S citizens in Ukraine should consider departing now using commercial or other privately available transportation options,” the embassy said on Saturday.

The embassy suggested that citizens go to countries near Ukraine, for example, to Poland, Slovakia, Hungary, Romania, and Moldova. However, it is not recommended to enter Moldova “through the breakaway region of Transnistria,” as in this case, the diplomatic mission will be unable to provide citizens with full assistance. Those American citizens who are currently facing difficulties buying tickets for commercial flights can be granted a loan at the embassy, according to the statement.

The US Embassy already published similar recommendations twice earlier this week, citing unpredictability regarding Ukraine, and the State Department authorised the voluntary departure of US direct hire employees and ordered the departure of eligible family members from the embassy in Kiev.

Russia has rejected all accusations of its alleged preparations for invasion of Ukraine and stated that it has no intention to attack any country.  (UNI/Sputnik)