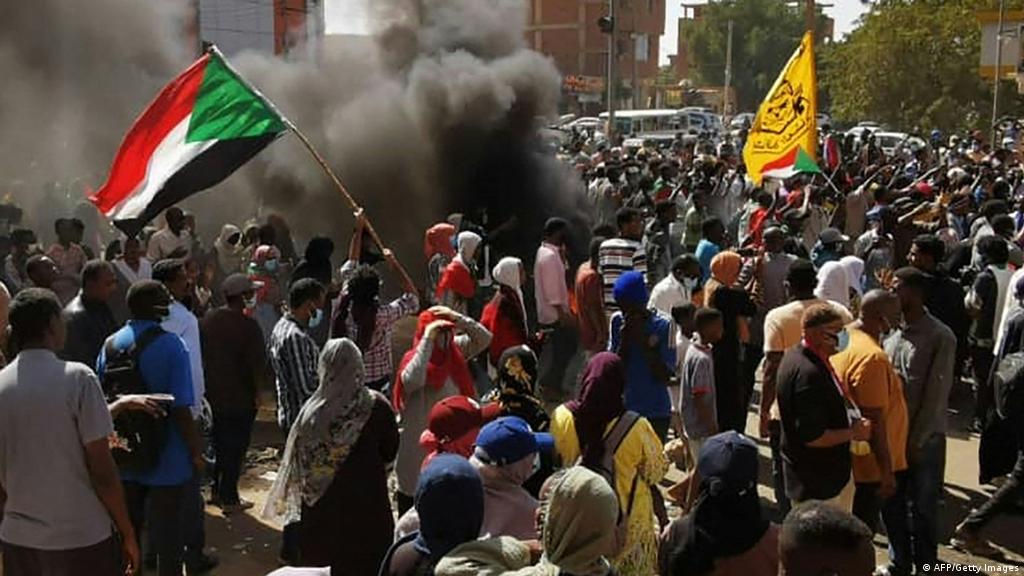 CARIO, Jan 30:  Thousands of protesters took to the streets of Sudan’s capital and other cities across the country Sunday for the latest in a months-long string of demonstrations denouncing an October military coup that plunged the country into turmoil.

Protesters, mostly young men and women, marched in the streets of Khartoum and other cities, demanding an end to the military’s takeover. They called for a fully civilian government to lead the country’s now-stalled transition to democracy.

The coup has upended Sudan’s transition to democratic rule after three decades of repression and international isolation under autocratic President Omar al-Bashir. The African nation has been on a fragile path to democracy since a popular uprising forced the military to remove al-Bashir and his Islamist government in April 2019.

The protests are called by the Sudanese Professionals Association and the Resistance Committees, which were the backbone of the uprising against al-Bashir and relentless anti-coup protests in the past three months.

Footage circulated online showed people beating drums and chanting anti-coup slogans in the streets of Khartoum and its twin city Omdurman. Protesters were also seen carrying Sudanese flags and other flags with photos of protesters reportedly slain by security forces printed on them.

There were protests elsewhere in the country including the eastern city of Port Sudan, western Darfur region and Madani, the capital city of Jazira province, about 135 kilometers (85 miles) southeast of Khartoum. Medani saw a massive anti-coup protest last week.

Ahead of the protests, authorities stepped up security in Khartoum and Omdurman. They deployed thousands of troops and police and sealed off central Khartoum, urging protesters to assemble only in public squares in the capital’s neighborhoods.

The United Nations mission in Sudan on Saturday warned that such restrictions could increase tensions, urging authorities to let the protests “pass without violence.”        Protest groups said they were planning to head to the presidential palace, an area in the capital that has seen deadly clashes between protesters and security forces in previous rounds of demonstrations.

Since the coup, at least 78 people have been killed and hundreds of others wounded in a widely condemned crackdown on protests, the Sudan Doctors Committee, which tracks casualties among protesters, said.

There were also mass arrests of activists leading the anti-coup protests and allegations of sexual violence, including rape and gang rape, in a Dec. 19 protest in Khartoum, according to the U.N. (AP)