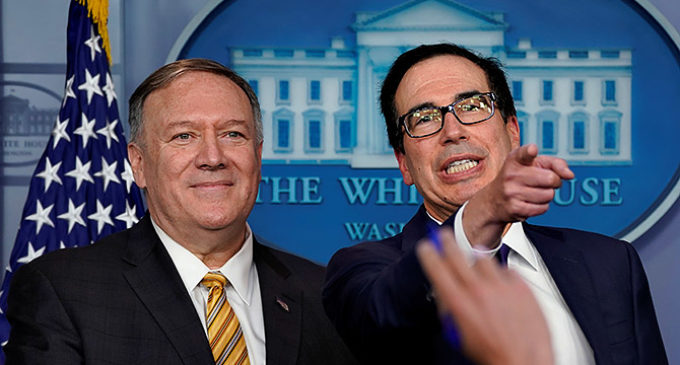 WASHINGTON: The US has unveiled new steps to fight terrorism and add muscle to the Trump administration’s ability to pursue terror suspects, their financiers and supporters worldwide.

Utilising a new executive order signed by President Donald Trump, issued on the eve of the 9/11 anniversary, the Treasury Department sanctioned over two dozen individuals and entities from 11 terrorist groups, including Pakistan-based Tehrik-e-Taliban Pakistan (TTP).

Noor Wali, also known as Mufti Noor Wali Mehsud, from the TTP was one of the sanctioned individuals, the US State Department said, describing him as a Specially Designated Global Terrorist.

He was named the leader of the terror group in June 2018 following the death of former TTP leader Mullah Fazlullah.

Under Noor Wali’s leadership, TTP has claimed responsibility for numerous deadly terrorist attacks across Pakistan, the State Department said in a press release.

It order also authorises secondary sanctions on foreign financial institutions that have knowingly conducted or facilitated significant transactions with sanctioned persons, Mnuchin said. He added that the order targets those actors for and behalf of specially-designated global terrorists.

“Specifically, we have leaders, operative and financiers from over 11 terrorist organisations, including Iran’s Quds Forces, Hamas, ISIS, Al Qaeda, and their affiliates,” Mnuchin told White House reporters at a joint news conference with the Secretary of State Mike Pompeo.

Pompeo described the executive order as the “most-significant update” to counter-terrorism sanctions authority since September 2001.

The treasury secretary said that his department was enhancing efforts to deny terrorist access to the financial system.

“Since the horrific attacks of 9/11, the US government has refocused its counter-terrorism efforts to constantly adapt to emerging threats. President Trump’s modernised counter-terrorism Executive Order enhances the authorities we use to target the finances of terror groups and their leaders to ensure they are as robust as possible,” Mnuchin said. (AGENCIES)