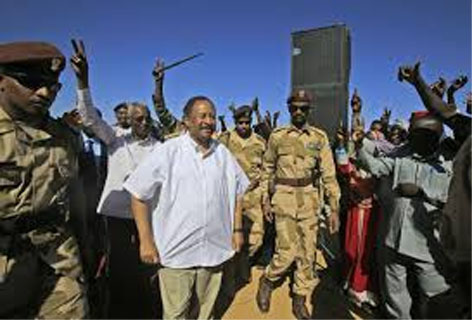 WASHINGTON, Jan 15:Undersecretary of State for Political Affairs David Hale requested help from Sudan in ending Libya’s civil war in a meeting with Sudanese Foreign Minister Asma Abdalla, a US State Department readout of the meeting said.
“The Under Secretary underscored America’s concerns with the situation in Libya and requested Sudan’s support in implementing UN Security Council resolutions aimed at resolving that conflict,” the readout said on Tuesday.
Libya has been wracked by conflict since the 2011 US- and EU-supported disturbances that helped Islamic extremists oust and kill longtime leader Muammar Gaddafi.
The latest round of fighting pits rebel Libyan National Army (LNA) forces loyal to Khalifa Haftar against the nation’s internationally recognized Government of National Accord (GNA) in fighting that erupted with an LNA push to conquer the capital of Tripoli in April. The latest peace efforts are being led by Russia and Turkey.
The Hale-Abdalla meeting also focused on Sudan’s attempts to establish a democratic government following the ouster of longtime ruler Omar al-Bashir in April.
“The Under Secretary highlighted the importance of completing the formation of the transitional government,” the readout said.
Hale also explained steps needed for Sudan to be removed from the US list of state sponsors of terrorism, including compensation payments to terror victims, the readout added.
(AGENCIES)