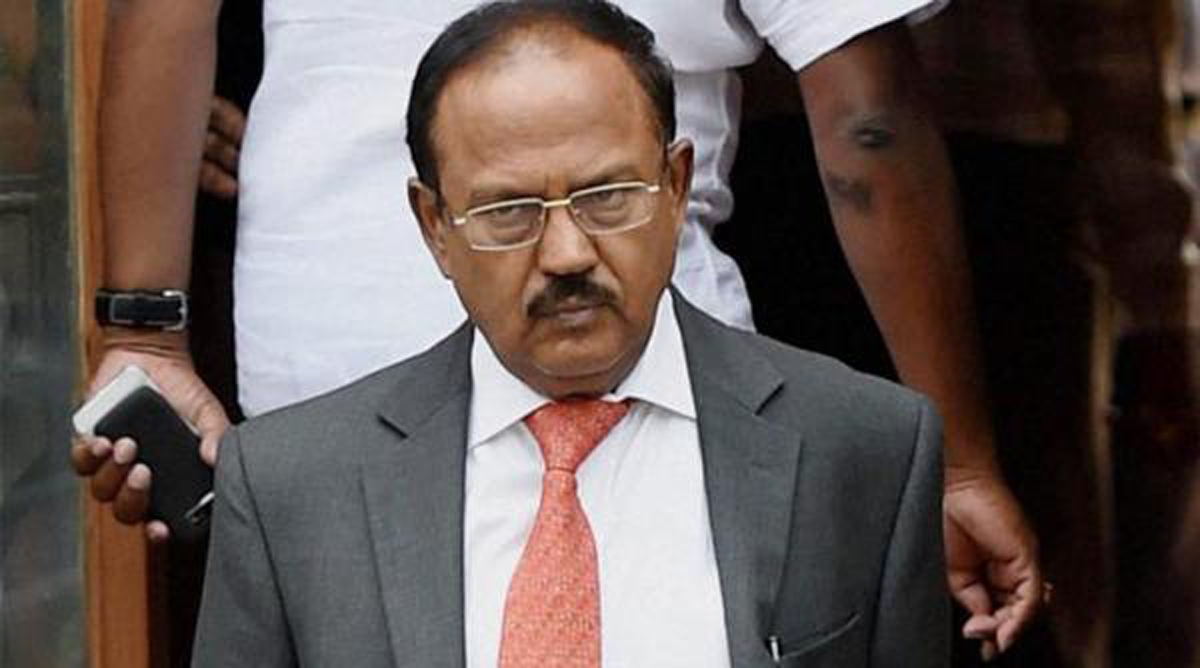 NEW DELHI/WASHINGTON, Feb 16: In the wake of the Pulwama attack, US National Security Adviser John Bolton told his Indian counterpart Ajit Doval that America supports India’s right to self-defence as both sides vowed to work together to ensure that Pakistan ceases to be a safe heaven for JeM and other terror groups.
Doval and Bolton held a telephonic conversation on Friday evening during which they resolved to hold Pakistan to account for its obligations under the UN resolutions and remove all obstacles to designate JeM chief Masood Azhar as a global terrorist, the External Affairs Ministry (EAM) said in New Delhi.
It said that Bolton supported India’s right to self-defence against cross-border terrorism and offered all assistance to India to bring the perpetrators and backers of the attack promptly to justice.
The call was initiated by the US side to express condolence and outrage over the Pulwama attack by Pakistan-based terrorist group JeM.
“I told Ajit Doval today that we support India’s right to self-defence. I have spoken to him twice, including this morning… and expressed the US’ condolences over the terrorist attack,” Bolton said in Washington.
He said the US has been very clear to Pakistan on ending support to terrorist safe havens.
“We have been very clear on that score… And, we are continuing to be in discussions we are going to have with the Pakistanis,” the US NSA said.
Earlier, the White House and Secretary of State Mike Pompeo asked Pakistan to end its support to terrorist safe havens inside the country.
“We stand with India as it confronts terrorism. Pakistan must not provide safe haven for terrorists to threaten international security,” Pompeo said on Twitter.
In a stern message to Pakistan, the White House asked Islamabad to “immediately end” its “support” to all terror groups and not to provide “safe haven” to them, as the US condemned the brutal Pulwama terror attack.
JeM has claimed responsibility for the terror attack in Jammu and Kashmir’s Pulwama district on Thursday.
“The United States calls on Pakistan to end immediately the support and safe haven provided to all terrorist groups operating on its soil, whose only goal is to sow chaos, violence, and terror in the region,” White House Press Secretary Sarah Sanders had said in a late night statement on Thursday.
Top US lawmakers have rallied behind India’s effort to fight terrorism and said that such heinous crimes will not weaken the resolve of its people.
So far, more than 70 American lawmakers including 15 Senators have condemned the attack.
Meanwhile, the US today asked Pakistan to freeze without delay the funds and other financial assets of the UNSC-designated terrorist networks and their leaders.
It also said it fully supports actions to prevent the outlawed Jaish-e-Mohammed from conducting future attacks.
A State Department spokesperson said, “Pakistan outlawed Jaish-e-Mohammed in 2002. However, the group still operates in Pakistan. The US designated JeM as a foreign terrorist organization in December 2001, and we fully support actions to prevent them from conducting future attacks.”
In addition, the UNSC designated JeM on its 1267 ISIL (Da’esh) and Al-Qaeda Sanctions List in 2001, the official noted.
“We expect Pakistan to uphold its responsibilities pursuant to UN Security Council resolutions to deny safe haven and support for terrorists and to freeze without delay the funds and other financial assets or economic resources of individuals and entities on the UNSC 1267 sanctions list,? the spokesperson said in response to a question.
The official, however, did not divulge if the US has taken up the issue with the Pakistani leadership directly after the Pulwama terrorist attack.
In various statements and on social media, the Trump administration has asked Pakistan to deny safe haven and end support to terrorist organizations.
The spokesperson also refrained from making any comment over China blocking India’s move to designate Jaish chief Masood Azhar as a global terrorist.
Our views on Masood Azhar and Jaish-e-Mohammed are well known. The JeM has been responsible for numerous terrorist attacks and is a threat to regional stability,? the spokesperson said.
“UN Sanctions Committee deliberations are confidential, and as such we do not comment on specific matters,” the official said. (PTI)