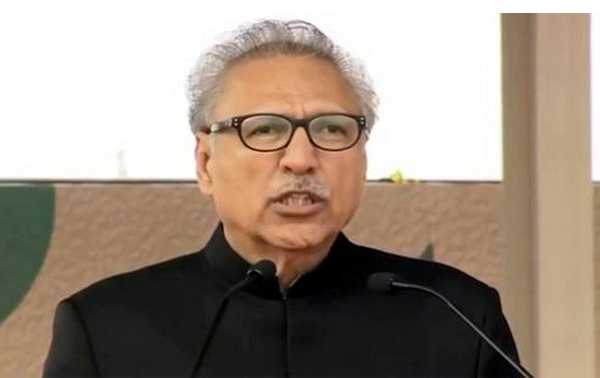 Islamabad [Pakistan], Feb 25: Pakistan President Arif Alvi has taken a jibe at the United States as he expressed surprise that Washington had not “learnt from the past” and “fell into another trap”.
Alvi made these remarks during a session of a conference on ‘South Asia: Emerging Opportunities and Challenges’.
“I mistakenly believed that the US would have learned a lesson from the Vietnam War and would not fall into another trap,” the Pakistan President was quoted as saying by Dawn newspaper.
This comes amidst the Ukraine conflict, during which Pakistani Prime Minister Imran Khan has undertaken his maiden Moscow visit.
Analysts have termed this visit as ‘ill-timed’ and ‘foolhardy’.
Federico Giuliani, writing for ‘Inside Over’ said that getting cozy with Putin is especially bad when Khan is facing a no-confidence motion and is in dire need of the International Monetary Fund (IMF) loans.
Calling the visit ‘badly timed’ for taking place during the Ukraine crisis, the article highlights that no major deal has been promised, nor there is a chance of Pakistan being able to secure a loan from the Russians. (AGENCIES)