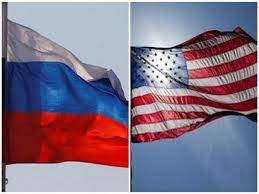 New York, Sept 25: The battle over Ukraine extends across the world: Information warfare is quickly evolving as key nations seek to influence public opinion and gain political support.
As during the Cold War, Russia and the United States are the two main combatants. Some efforts are clandestine, but plenty of material is broadcast to the public as each country attempts to, in the words of political linguists, “constrain the power and influence of the other … and win ‘hearts and minds’ … around the world”.
Key government-sponsored media outlets in the current battle are Russia Today, often known as RT, and two US government-backed operations, Voice of America and Radio Free Europe/Radio Liberty.
But it can be hard for many people to tell the difference between these outlets and independent news. As a propaganda scholar, I believe citizens of all nations deserve to know how their media have been filtered and when governments are seeking to influence their views.
My colleague Weston Sager and I developed a test for determining whether a particular media outlet is, or is not, a government mouthpiece.
We examine key factors such as government control, funding, attribution and its resemblance to news.
At their best, these types of outlets provide official government information – at worst, blatant propaganda. Here’s how the main players in the US and Russia measure up.

Russia Today: Propaganda with some facts sprinkled in
RT is a multilanguage international media broadcaster that claims to be an “autonomous, non-profit organisation”.
But in reality, it has officially declared to the US State Department that it is an arm of the Russian government.
In lockstep with the Kremlin, RT has supported the 2008 Russian invasion of Georgia, the 2014 Russian invasion of the Crimean peninsula of Ukraine and the 2022 Russian invasion of mainland Ukraine.
The outlet has a history of publishing sensationalised and biased articles promoting Russian policies and accentuating the perceived failings of the United States and its allies.
For example, in 2015, RT devoted extensive coverage to the Occupy Wall Street movement. Not only did this storyline allow RT to selectively showcase people protesting in the United States, it helped further Russia’s narrative that its economic system is superior to US capitalism.
More recently, RT has, without credible evidence, accused the United States of developing bioweapons in Ukraine and testing them on people there.
But this doesn’t mean that RT is “able to dispense with facts all together”, as propaganda often leverages truthful bits of information, nor that it is strictly anti-American.
In 2010, for instance, RT published an interview containing accusations that the Republicans were exploiting racial fears ahead of midterm elections. Then RT publicly defended the Obama administration against Fox News host Glenn Beck‘s accusations that Obama was turning the United States into a socialist country.
Propaganda works by supporting themes that are in popular discourse at the time. It does not necessarily follow a linear path and may be counter-intuitive at times.
In the wake of the 2022 Russian invasion of Ukraine, RT was blocked in many nations around the world to limit the spread of Russian propaganda.
Nevertheless, RT continues to publish its content, especially in less developed countries where the Russian government is working to increase its international reputation and influence.

Major US outlets present mostly facts – that support American values
Voice of America and Radio Free Europe/Radio Liberty are the US government’s primary international media outlets, though there are other channels as well.
In 1942, during World War II, the US government established VOA to broadcast pro-Allied messages and to combat Nazi propaganda abroad. In the 1950s, the CIA founded RFE/RL to counter Soviet propaganda in Eastern Europe and the Soviet Union.
Both outlets are now overseen by the US Agency for Global Media, a part of the executive branch of the federal government. The agency receives over USD 800 million in annual funding from Congress.
Similar to RT, VOA and RFE/RL claim that they are independent media outlets. In support of that claim, they often point to a vaguely defined “firewall” that is supposed to shield their editorial integrity from US government influence.
But the firewall is often strained under the weight of political pressure. In 2020, President Donald Trump’s newly appointed CEO of the US Agency for Global Media rescinded the firewall regulation, which compromised VOA’s independence in advance of the 2020 US presidential election.
In 2021, the firewall was legislatively strengthened, but questions remain about its effectiveness at preventing government influence.
Governmental influence over the editorial direction of US state media can also come through legislation. In 2021, Congress introduced a bill that would instruct the agency to “facilitate the unhindered dissemination of information to Islamic majority countries on issues regarding the human rights and religious freedom of Uyghurs”.
Additional editorial pressure comes from federal law. VOA material must be “consistent” with US foreign policy objectives, “represent America”, “present the policies of the US clearly and effectively” and include editorials that reflect the views of the US government.
Under the same law, RFE/RL is required to support the US government abroad.
Additionally, federal law also more pointedly provides a new pathway for folding this into a larger outlet that would be expressly required to “counter state-sponsored propaganda which undermines the national security or foreign policy interests of the US and its allies”.
VOA and RFE/RL have a history of providing slanted and incomplete portrayals of major events and issues. Scholarship has highlighted how, during the Cold War, RFE spread “rumours as fact” and displayed a “consistent pattern of downplaying or ignoring evidence that contradicted RFE’s vision of Eastern Europe as a totalitarian dystopia” early in the Cold War.
US government editorial pressure has also come indirectly through funding cuts, which VOA experienced after senators balked at spending tax money to produce “unpleasant news” surrounding Watergate.
The Reagan administration was known to object to critical VOA coverage and also steered its “editorial voice” to align with the administration’s political agenda.
Today, VOA often publishes stories about the US that promote American values, such as recent articles titled “Refugees Shape America” and “US International Festival Celebrates Traditional Food, Dance”.
On the other hand, RFE/RL is more focused on countering propaganda. It includes coverage that is often critical of US adversaries, such as “We Have To Pay For Our Indifference”: A Russian Deserter Speaks Out After Ukraine War Memoir Hits A “Nerve” and “Putin Hints At ‘Changing Routes’ For Ukrainian Grain Exports, Warns Of Food ‘Catastrophe’.”
Even though VOA and RFE/RL sometimes publish pieces that show unflattering aspects of the United States, such as “The Global Legacy of January 6”, this is by design, as the outlets would lose credibility if they ignored important topics covered in independent media.

Concealed influence
Because VOA and RFE/RL rely on facts, the US State Department has argued that US government media are less threatening than Russian “disinformation”.
But the US approach is still risky: VOA and RFE/RL content more closely resembles independent news, so it is more difficult for readers to identify it as government-run media.
This is especially problematic in cases in which the outlets are targeting US citizens, who may not be able to tell that they’re interacting with their own government.
Despite what VOA and RFE/RL claim, they are not independent. Both are funded by the US government and are used to deliver US policy abroad.
Even though VOA and RFE/RL may look like news, they aren’t; like RT, their underlying purpose is to bolster their government’s influence around the world. (The Conversation)
(agencies)