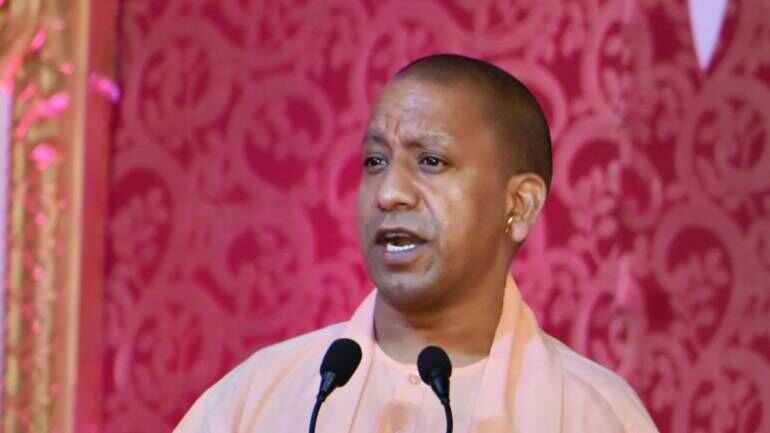 LUCKNOW, Mar 21:
The Uttar Pradesh Government on Saturday announced that around 35 lakh labourers in the state will get Rs 1,000 each as financial aid while free ration for one month will be provided to 1.65 crore construction workers amid the coronavirus outbreak.
Chief Minister Yogi Adityanath has directed officials for immediate release of payment to MNREGS workers in the state and to make foodgrains available to the poor in cities and villages, a statement issued by the UP government said.
“In view of the precautions being taken throughout the country to prevent the coronavirus outbreak, the state government is alert and cautious. With immediate effect, the state government will provide Rs 1,000 per person for maintenance to 35 lakh labourers. This payment will be sent directly to their accounts through direct bank transfers,” said the statement issued on Saturday.
It said Adityanath has instructed officials to provide one month free ration in April to over 1.65 crore construction workers and daily labourers registered under the Antyodaya Yojana and Mahatma Gandhi National Rural Employment Scheme (MNREGS) with the Labour Department.
Daily wage labourers in urban areas who do not have ration cards will get the document on priority basis, the statement said.
It said the chief minister has also directed officials that payment be immediately released to the MNREGS workers in the state.
“Orders have been issued to provide food grains to those working in rural and urban areas in the state, especially to labourers, cart pullers and others,” the statement said.
Adityanath appealed to the people of the state to stay indoors during Sunday’s ‘Janata’ curfew called for by Prime Minister Narendra Modi.
“A call for Janta curfew was given. Please stay in your homes. Metro trains, roadways buses and city buses will not operate on Sunday,” the statement said on behalf of the chief minister.
It said all metro services in UP will be closed Sunday and that bus services of Uttar Pradesh State Road Transport Corporation and city bus services will be closed from 6.00 am to 10.00 pm.
“Coronavirus is in the second stage all over the country. It will convey a big message to the entire world if we are successful in stopping this at this stage. To curb this infection, we are working on a war footing. Isolation wards have been set up in every district hospital and medical college. So far, 23 patients have been identified in the state, out of which nine have completely recovered. There is no need to panic, but prepare yourself to fight against this challenge,” the UP chief minister said in the statement.
He asked traders to not hoard essential items and people to purchase only necessary things, assuring people that the state has enough food grain. He urged people to not crowd or stand in queues at shops to prevent the infection from spreading.
Adityanath said coronavirus spreads through infection and that the disease has to stopped at any cost.
Reminding people of the Prime Minister’s appeal to citizens to avoid going to crowded places and not to hold any public gathering, Adityanath said as a precautionary measure the government has directed shutting down of all educational institutions, multiplexes, theatres and malls in the state and that unnecessary traffic has been stopped.
The Chief Minister appealed that the public should not go to the markets unnecessarily during the Janta curfew on Sunday.
“We should all stay at our homes. The government has enough medicines and food grains. There will be no shortage of necessary items in the market. Everyone will get goods, and they should not queue at shops, and hoard unnecessarily,” he said. (PTI)