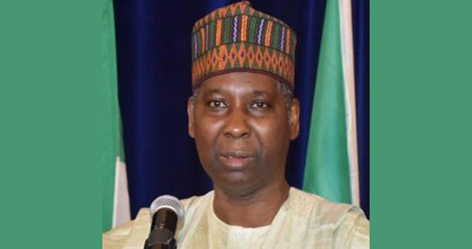 UNITED NATIONS, June 3:
The UN Security Council elections will be held on June 17 under the new voting arrangements in which each member state will cast its ballot in the General Assembly Hall in adherence with social distancing guidelines, UNGA President Tijjani Muhammad-Bande has said.
Muhammad-Bande announced on Tuesday that the elections of the five non-permanent members of the Security Council, members of the Economic and Social Council, and the President of the 75th session of the UN General Assembly (UNGA) will be held simultaneously on June 17.
India is a candidate for a non-permanent seat from the Asia-Pacific category for the 2021-22 term. India’s victory is assured since it is the sole candidate vying for the lone seat from the grouping. New Delhi’s candidature was unanimously endorsed by the 55-member Asia-Pacific grouping, including China and Pakistan, in June last year.
The General Assembly last week adopted a decision to hold the Security Council elections under new voting arrangements taking into account restrictions in place due to the COVID-19 pandemic.
From India’s perspective, any change in how the voting is conducted will not impact much since it is the sole candidate from the Asia Pacific region and its term starts only in January 2021.
Under the new voting arrangements, the General Assembly President will inform Member States, five working days prior to the elections, of the specific time slot to each voter to cast its ballot in the General Assembly Hall, in adherence to the social distancing guidelines.
Muhammad-Bande will oversee the proceedings in the General Assembly Hall and the tellers will also be observing the whole process.
Canada, Ireland and Norway are vying for two seats in the Western Europe and Other countries category, Mexico is the only candidate for the one Latin America and Caribbean seat and Kenya and Djibouti will contest the seat available for the African group.
Previously, India has been elected as a non-permanent member of the Council for the years 1950-1951, 1967-1968, 1972-1973, 1977-1978, 1984-1985, 1991-1992 and most recently in 2011-2012. India has been at the forefront of the years-long efforts to reform the Security Council saying it rightly deserves a place as a permanent member of the Council, which in its current form does not represent the geo-political realities of the 21st Century.
Each year the General Assembly elects five non-permanent members (out of 10 in total) for a two-year term. The 10 non-permanent seats are distributed on a regional basis – five for African and Asian States; one for Eastern European States; two for the Latin American and Caribbean States; and two for Western European and other States. (PTI)

India to ban Chinese cos from highway projects, says Gadkari