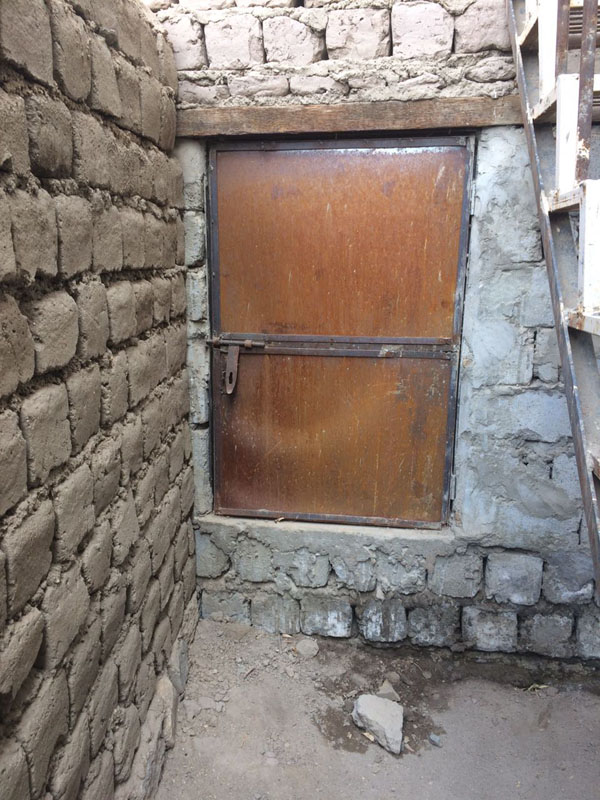 Lobzang Choral
Life has become extremely busy for people – as a result, they don’t have sufficient time to even have a healthy and sumptuous meal with their families. We are so busy that we don’t have time to breathe. Now days life has become very mechanical – we are eating, drinking and breathing just for the sake of doing so.
Today people don’t even have the time to defecate leisurely. But let me tell you that doesn’t happen in the compost room (dry toilets) of Ladakh. The shovel which always rests on the heap of soil inside the dry toilets does the miracle. The human waste is made to pass through the hole in the floor and with the help of a shovel a bit of dry sand is thrown over the waste and the interesting cycle of decomposition begins. The time and effort spent in the compost room is certainly not a waste of time.
The toilet systems are basically two storied affairs. The toilet is on the top and the composting section is below that. After using the toilet one is to use the shovel to throw a bit of sand down the hole, not merely to cover the human waste but also to minimize the foul odours. And this does help in the composting process. As the time passes by the waste is broken down and mixed homogenously with the sand. And the finest manure is produced which are scattered around the fields and the farmer yields good crop and thus good food. These dry toilets are especially useful in winter months when temperatures drop to minus 30 degrees Celsius, and water freezes.
Since ages the people of Ladakh have been using dry compost toilet. The main reason behind it is that the availability of water is less compared to other parts of India. Water for the locals is basically served by melting glaciers. But unfortunately to some extent the flush system toilet have been introduced because of the migrants and tourists – both foreigners and Indians. The introduction of the flush toilet system has affected the ecosystem. Due to the flush toilets the introduction of bore wells to extract the ground water is also adversely affecting the ecological system of Ladakh.
Mrs Yangdol, a lady in her late thirties who is the owner of Jig-Gyas Guest House, Changspa, Leh says that she prefers to have foreigners rather than Indians at her Guest House. She feels, “Foreigners are more nature friendly and they utilize less water as compared to the Indian tourists who tend to waste water which is extremely precious in Ladakh”. When talking about the preference between dry compost latrine and flush toilets, she whole heartedly says, “Ladakhi traditional toilets are the best. But promoting our toilet is not a cup of tea”. She doesn’t want to have a dry compost toilet in her guest house for the foreigners because she doesn’t want to lose her livelihood.
When talking to Mr.Dorjee, a government employee, he says, “I prefer having both, a dry compost toilet as well as a flush toilet at my residence as I receive more of non-local guests at my place and for their convenience I had to build a flush system toilet at my home.
I believe that is also very important because we Indians have a firm belief in the saying ‘Athithi Devo Bhava’ (Guests are like God). Welcoming the guest warmly and making their stay memorable is our prime duty”.
A pretty lady from Yarlung village, Zanskar, Mrs. Sonam Dolkar, aged 40 giggles and comments, “I really don’t like the flush system toilet. When I go on pilgrimage outside Leh I don’t get a dry toilet so I am forced to use that (Flush Toilets). But I stsill don’t like that toilet system”.
If you are planning on visiting Ladakh in future then it is suggested that you ‘Treat the Ladakhi Shauch well and keep it clean’. It will not tell the world what it has seen!
(Charkha Features)