Excelsior Correspondent
PULWAMA, Sept 19: As a part of the Union Government’s public outreach programme for Jammu and Kashmir, the Union Minister of State for Home Affairs and Youth Affairs and Sports, Nisith Pramanik today visited Pulwama.
The Minister e-inaugurated various developmental project including Multipurpose Indoor Stadium Bajwani Tral, ISM Building Larve Kakpora, Sub Centre Gulshanpora, Library Block cum additional classroom GDC Tral, and various roads from, Wuiyan, Shalwani, Wahipora Pirtakia, Abu Turab and slaughter house at Awantipora.
The Minister also laid e-foundation of Nowdal Dadsara Naibugh Road, Gusso Deeri Road, Aglar Gujjarbasti Kanigam road, and Pulwama Monghama road.
Speaking on the occasion, the Minister said that Prime Minister Narendra Modi has asked all the ministries of Government of India to work in tandem for the overall development of the UT of J&K. He said that PM Modi is very keen to pace up the developmental tempo of the UT for which the Central Government has a separate blueprint.
The Minister said that the Central Government has taken up a series of developmental schemes and individual benefit programmes which aim to ensure overall socio economic development of the people of this UT. He added that the PSUs are also conducting a series of training programs for the unemployed youth of J&K.
He also met different stakeholders, including vegetable farmers, Traders Federation Pulwama, Industrial Association IGC Lassipora, saffron growers and NRLM beneficiaries who apprised him about their demands and grievances.
He assured that the demands and grievances projected by the delegations have been taken note of and the same would be put up with Government at Union level as well as with Lieutenant Governor for their timely redressal.
The Minister said that the Union Government under the leadership of PM Modi is dedicated to pace up the developmental scenario of the UT and drastic changes will be witnessed by the people in the coming days.
He said that the Government of India has already been working on various flagship programmes aimed to develop socio-economic status of the people and a number of new schemes are also in the pipeline.
Impressed with the positive and cooperative attitude of different sections of the people, the Union Minister said that everyone has to play a part for boosting the development tempo. 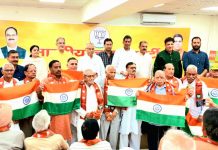 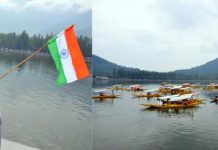 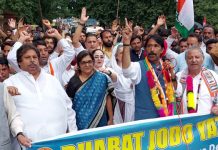 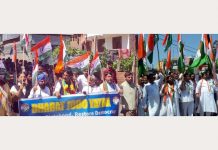 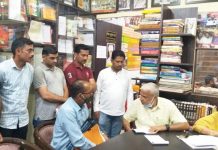 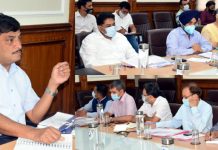 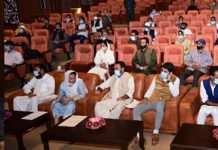