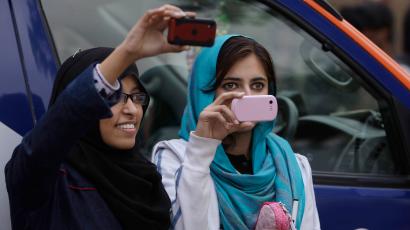 Govt yet to take steps to counter threat
Govind Sharma
JAMMU, Dec 30: Several forward areas of Poonch, Rajouri, Samba and Kathua districts along International Border and Line of Control (LoC) in Jammu region are receiving mobile network signals of Pakistan while the Government of India does not have any policy to check/counter it, which is a strong security threat for the country.
According to the reports, numerous villages located in the range of 0-5 kilometre of LoC and IB in Poonch, Rajouri, Samba and Kathua districts receive strong signals of Pakistan cellular companies like PKU Phone and PK Phone.
In Poonch district, right from Bhimber Gali to Krishna Ghati, almost all forward villages are getting strong Pakistan signals. Moreover, what shocks one is that in about one dozen forward villages of Mendhar and Balakote tehsils of Poonch, there is no presence of Indian cellular companies including BSNL.
“Villages of Balakote sector like Panjnani, Suhala, Baruti, Darati, Dabbi, Deri Dabsi and many other nearby villages, which constituted a population of about 15,000 to 20,000, have no presence of Indian cellular companies. People here are still dependent on postal services to contact their dear and near ones,” said Milkhi Ram, a resident of village Baruti of Balakote sector.
He said the Pakistan mobile signals in our territory poses serious threat to our security forces as it gives advantage to the infiltrators from across the border. “Taking advantage of Pak network, terorists can easily contact their masters sitting across the border,” he said adding, it is quite shocking that neither the administration nor security agencies are bothered and that too when the issue is of national security.
Another villager, Sai Nath said whenever they searched for mobile network, their mobile phones detect network signals from Pakistan cellular companies while there is no signal of BSNL and other Indian private cellular companies.
“However, the situation was different about some months back as BSNL was providing network coverage to these areas by CDMA technology,” he said, adding, there were about 500 to 600 Wireless Local Loops (WLLs) installed by BSNL from Bhimber Gali to Krishna Ghati but about two months back, all these communication systems were suddenly removed by the Company without making any alternate arrangement.
Similarly in Kathua district, about 20 villages near IB right from Paharpur to Londi are getting signals of Pakistan cellular companies like PKU Phone, PK Phone and even Chinese company DOLPHIN. Sain Ram, a farmer of Paharpur village said that in villages like Pansar, Krol Mathrean, Krishna, Chak Changa, Rathua and Paharpur which are located within one kilometer of zero line, there is very strong signal of Pakistan mobile network.
Likewise, several border villages of Samba district like Gujjarchak, Chaswal, Manguchak, Bainglar and Chamliyal are also getting network signals from the neighbouring country. “In Chamliyal and other border areas of this district, there is very poor mobile network of Indian companies while Pakistan network is quite strong,” alleged Krishan Lal, a resident of border village Manguchak.
Same is the condition in Rajouri district, where various villages of Sunderbani and Nowshera sectors like Nah, Calshar, Gahi, Panyas, Manika Nal, Amb Khori, Sher and Makri are receiving Pakistan signals. Speaking to Excelsior, one Beli Ram of village Calshar said that it is very disappointing that Pakistan signals are so strong in 0-3 kilometre of border areas of Sunderbani and Nowshera sector that the terrorist from across the border do not need to purchase Indian SIM cards to contact their masters. They can use Pakistan SIM cards easily in our territory.
Chief General Manager (CGM), BSNL, Jammu, Ashok Kumar Singh, when contacted, said that as far as the issue of security threat is concerned, he cannot comment on that as there are Government, Army and security forces for this job. “It does not come under my preview. Ours is a telecom company, the job of which is to provide network connectivity,” he added.
On no mobile connectivity in forward areas of Poonch district, Singh said in September this year WLL services were removed from these areas, as this technology had become obsolete. Moreover, manufacturing of WLL was stopped by the concerned companies and BSNL had no technical support for the CDMA technology. He said as far as issue of installation of new mobile towers is concerned, there is no proposal in the present plan but in next plan they may consider that.
When contacted, Divisional Commissioner, Jammu, Sanjeev Verma said, he is unaware of the issue which if true is of serious nature. “I will first check and if found true, the issue will be dealt seriously. Some way will be found to neutralize Pakistan mobile network signals,” the Divisional Commissioner said.