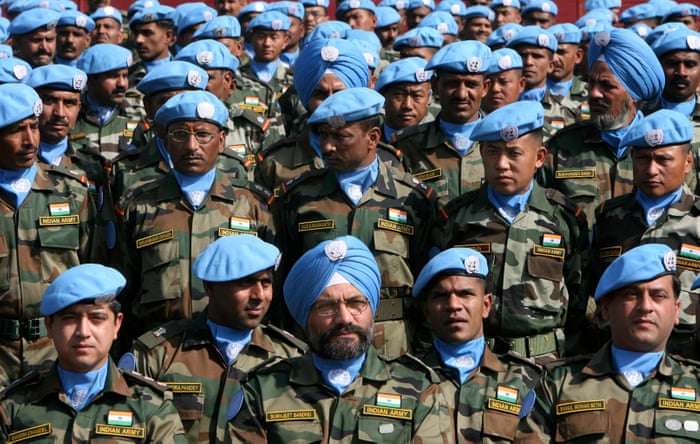 UNITED NATIONS: India, which is among the largest troop contributors to the UN peacekeeping, has called for adequate resources for the

Speaking at a General Debate on Special Committee on Peacekeeping Operations (C-34), India’s Permanent Representative to the UN Ambassador Syed Akbaruddin said on Monday the views of troop/police contributing countries on implementing the mandates should be reflected in relevant reports of the Secretary-General.

“Peacekeepers must be given adequate resources to accomplish the tasks set for them. Desiring peacekeepers to do more and more with less and less is not a recipe for success,” he said.

“Under-resourced peacekeepers, unable to accomplish their mandated tasks, undermine the credibility of the UN peacekeeping,” he said.

The three-week session will focus on some of the pressing issues facing the more than 100,000 military, police and civilian personnel from 125 countries currently serving in 14 operations.

India said that to ensure peacekeeping operations function at an optimal level, initiatives for structural reforms, measures to enhance the safety and security of peacekeepers were all welcome steps.

“However, we need to ensure that there is no schism between doctrine and practice,” Akbaruddin said.

While voicing appreciation for the Secretary-General’s close attention to improving safety and security of UN peacekeeping personnel, Akbaruddin stressed that there should be dedicated counter-IED resources for missions facing threats from Improvised Explosive Devices.

He said there should also be concerted efforts to upgrade the security infrastructure of camps.

Outlining several areas that can be improved to help increase the efficiency and effectiveness of peacekeeping, Akbaruddin said the issue of the large number of mandate components in peacekeeping missions has been raised by India on many occasions.

“Now that the practice of prioritising mandates has begun, there is a need to look at ways to address the availability of adequate resources to fulfil the prioritised mandate components,” Akbaruddin said.

He said the time has come to do away with all caveats.

“We need to develop a culture of no national caveats in the service of the United Nations,” he said.

Akbaruddin also voiced concern over the non-payment/delayed payment of arrears to the troops contributing countries, stressing that the practice of delaying payments cannot continue unaddressed.

“Non-payment of peacekeeping dues for years, and sometimes decades after closure of peacekeeping missions, is not only bad accounting practice, but also tends to be interpreted as reflecting bad faith,” he said.

Reiterating India’s commitment to the UN’s Zero Tolerance Policy on Sexual Exploitation and Abuse (SEA), he said India was the first contributor to the Secretary General’s Trust Fund set up in Support of Victims of SEA.

Having deployed the first ever all-women Formed Police Unit (FPU) in Liberia, India welcomed the recently launched UN Gender Parity Strategy, with Akbaruddin noting that the country is committed to increasing the number of women peacekeepers.

India hopes to deploy a Female Engagement Team (FET) in the UN Organisation Stabilisation Mission in the Democratic Republic of the Congo (MONUSCO) and a mixed Formed Police Unit (FPU) in the UN Mission in South Sudan (UNMISS).

He said it was important to ensure transparency in selecting contingents.

Under-Secretary-General for Operational Support Atul Khare said peacekeeping was the United Nation’s most financially significant activity, with more than 90 per cent of peacekeeping personnel serving in the field.

He noted that not only are United Nations peacekeepers the second-largest deployed force in the world, but also cost just half of one per cent of world military expenditures. (AGENCIES)