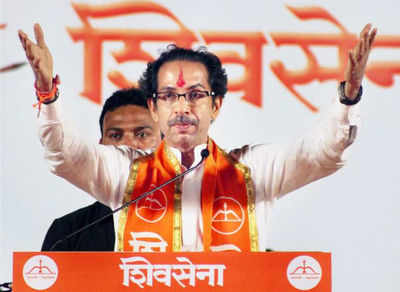 MUMBAI: The Shiv Sena today blamed the Central Government for the violence in Jammu and Kashmir and attacked Prime Minister Narendra Modi over his foreign tours, saying they have proved to be a “failure.”

Citing a just-released UN report on alleged human rights violations in Jammu and Kashmir, the BJP’s carping ally said it shows Modi’s frequent foreign trips have not yielded any positive result and, in fact, his image has taken a beating.

The Uddhav Thackeray-led party slammed the NDA Government over the unilateral ceasefire in Kashmir during Ramzan and the killing of senior journalist Shujaat Bukhari in Srinagar.

“Internal security of India has become a joke. A Ram Temple is yet to be constructed in Ayodhya. Lord Ram is in ‘vanvaas’ (exile). But the country’s security is ‘Ram-bharose’ (in the hands of Lord Ram).

“The Government has to be blamed for the violence, bloodshed and killings by terrorists (in J&K) during Ramzan,” the Sena said in an editorial in party mouthpiece ‘Saamana.’ (AGENCIES)