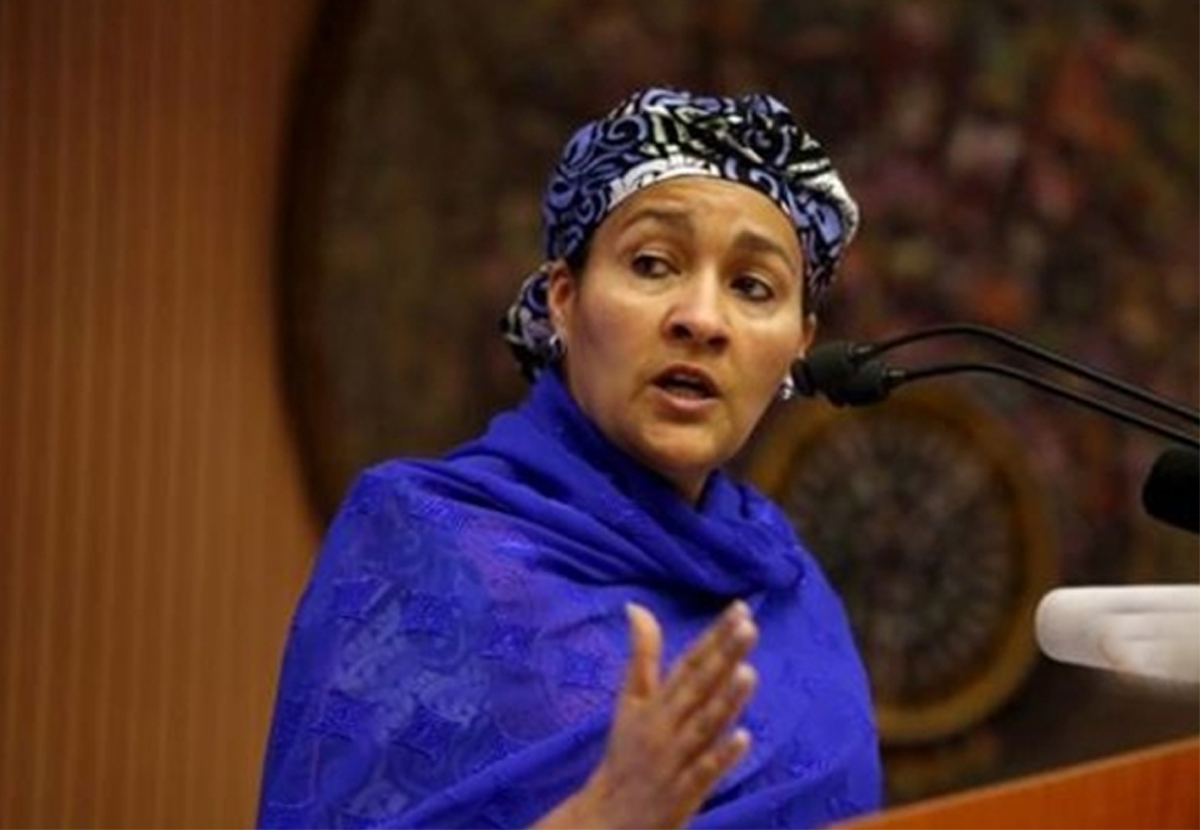 UNITED NATIONS, Nov 16: United Nations Deputy Secretary General Amina Mohammed is visiting India to meet senior government and UN officials in the country.
The Deputy Secretary General, travelling from Kathmandu, will be in New Delhi on transit Friday and meet the senior government officials regarding the 24th session of the Conference of the Parties to the United Nations Framework Convention on Climate Change as well as with the UN country team, the deputy spokesman for the Secretary General Farhan Haq told reporters.
In Kathmandu, she had attended the 6th Global Campaign for Education World Assembly held from November 16 to 18.
She also met senior government officials and the UN country team during her visit to the neighbouring country.
UN Secretary General Antonio Guterres had travelled to India early last month for a three-day visit that coincided with the beginning of events to celebrate the 150th anniversary of the birth of Mahatma Gandhi on October 2, 2019.
He met President Ram Nath Kovind, Prime Minister Narendra Modi and External Affairs Minister Sushma Swaraj and attended the General Assembly of the International Solar Alliance. (PTI)