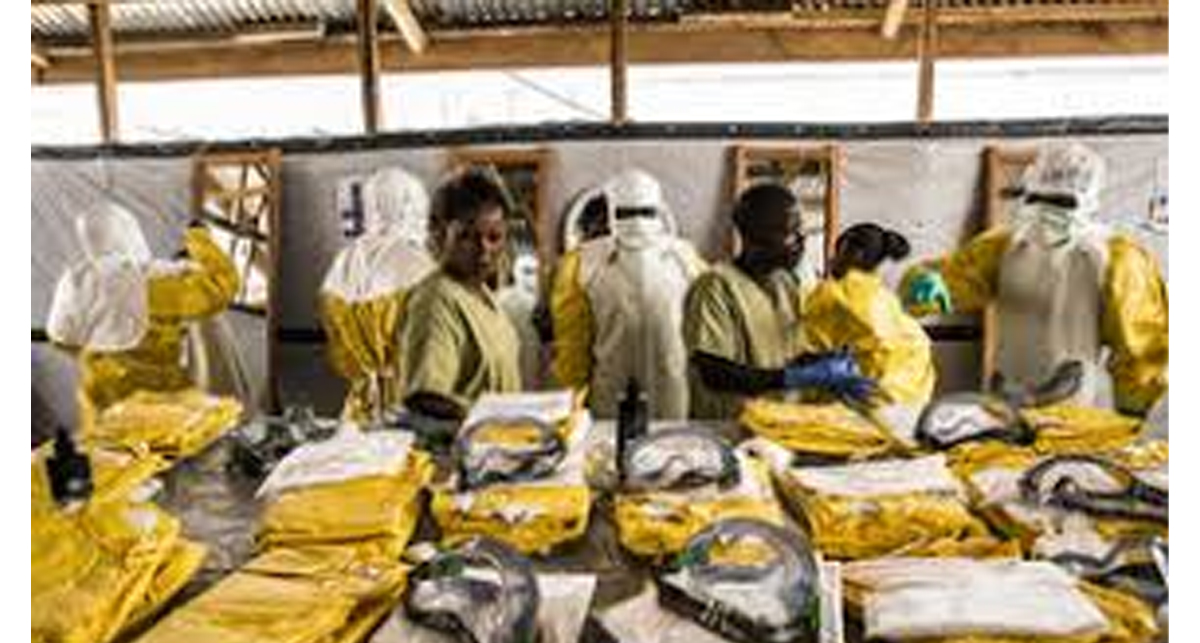 UNITED NATIONS, Apr 21: The UN has condemned an attack on an Ebola treatment centre in the Democratic Republic of the Congo on Friday, which led to the death of a doctor working for the World Health Organisation (WHO), and injured two others.
Doctor Valery Mouzoko Kiboung was an epidemiologist deployed by WHO in response to the outbreak of the deadly Ebola virus disease that began last August, in the eastern North Kivu area of DRC, which is home to dozens of armed groups.
UN chief Ant?nio Guterres called on the Congolese authorities ?to spare no effort in identifying and swiftly bringing to justice the perpetrators? of the attack at Butembo Hospital, and extended his deepest condolences to the bereaved family, and a swift recovery to the injured.
The head of the WHO, Tedros Adhanom Gebreyesus, said that ?we grieve together? wth Dr Mouzoko’s family, ?during this difficult time?.
The Secretary-General expressed his ?solidarity with the people and Government? of the DRC, and reiterated ?the determination of the United Nations system to continue their work in support of the Congolese authorities to bring the Ebola outbreak to an end.?
Mr Tedros said in a statement, that the killing was ?a tragic reminder of the risks health workers take every day, to protect the lives and health of others. We are outraged by this attack: health workers and health facilities must never be targets?.
WHO said that the attack had taken place while a coordination meeting on fighting the Ebola outbreak had been taking place. ?We are assessing the security situation to ensure the safety of all patients, health workers, and Ebola responders, said Mr Tedros. ?At the same time, we remain committed to continue supporting the Ministry of Health of DRC, to end this oubreak as quickly as possible?.
More than 1,200 confirmed and probable cases of Ebola have been recorded since the outbreak began, with more than 760 deaths confirmed.
(UNI)