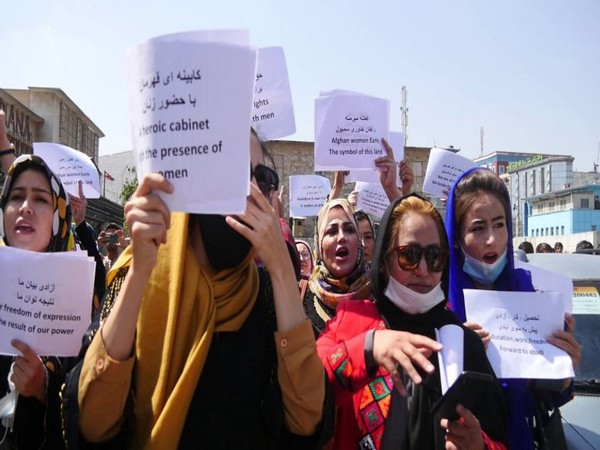 Kabul [Afghanistan], Oct 16: Deputy Representative for UN Women in Afghanistan Alison Davidian has called for gender equality for long-term development and lasting peace in the country.
In her recent article Davidian said that gender equality is crucial for future development, lasting peace, and for creating a vibrant economy in Afghanistan, reported Khaama Press.
Davidian has criticized the Taliban’s all-men caretaker cabinet, the abolishment of the ministry of women, and not allowing Afghan women to work and get out of homes without a male parent in some provinces.
She has promised that the UN women will remain committed to not only advocating the rights of women and said that they have to be heard directly, reported Khaama Press.
The deputy representative has also expressed concern about one per cent of the overseas development assistance being given to Afghan women.
She said that the women’s civil societies and organizations must be supported and be given a bigger share from international assistance.
“Violence against women by their intimate partners increased around the world including Afghanistan after COVID-19. UN Women will work with partners to ensure the services are given to Afghan women to prevent violence,” said Davidian’s article.
She also expressed concern about the looming humanitarian crisis in Afghanistan as half of the population is in need of assistance and two-thirds of the people do not know where their next meal comes from.
She has suggested that the only way to overcome the ongoing situation in Afghanistan is through the full participation of women in all spheres of society.
The statements come as women are still not going to works except for teachers and doctors. Girls are also not allowed to attend secondary, high schools, and universities reported Khaama Press. (Agencies)