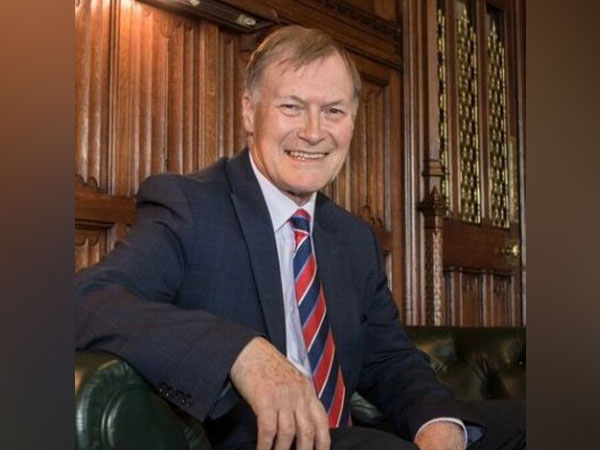 London [UK], October 16: UK Prime Minister Boris Johnson and Labour party leader, Keir Starmer, paid tribute on Saturday to Conservative lawmaker David Amess, who was stabbed to death in an attack that is being treated as a terrorist incident by police.
Johnson and Starmer laid flowers at the front of Belfairs Methodist church in Leigh-on-Sea, Essex, where Amess was attacked on Friday while holding a meeting with his constituents.
Following the attack, the Essex Police said a 25-year-old UK citizen was arrested at the scene on suspicion of murder.
Earlier on Saturday, the Metropolitan Police announced that the fatal stabbing of the lawmakers had been declared a terrorist incident, with the investigation being led by the Counter Terrorism Command.
“The early investigation has revealed a potential motivation linked to Islamist extremism,” the force said in a statement.
The murder of Amess has recalled a similar attack suffered by Labour lawmaker Jo Cox ahead of the Brexit referendum in 2016, and has prompted a review of the security of UK members of Parliament. (Agencies)