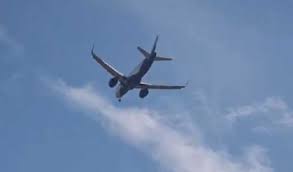 London, Nov 26: The United Kingdom has banned flights to six southern African nations South Africa, Botswana, Lesotho, Eswatini, Zimbabwe and Namibia until November 28 over the spread of the B.1.1.529 strain of the coronavirus, the UK government said. “From midday Friday 26 November, South Africa, Botswana, Lesotho, Eswatini, Zimbabwe and Namibia will be added to the UK’s travel red list … Direct flights from the six countries will be banned from midday Friday until hotel quarantine is up and running from 4am Sunday 28 November,” the government said in a statement.
Starting from Friday, non-UK and Irish citizens, who have visited the six African nations within the past 10 days, will be refused entry to the UK, while the UK and Irish citizens will be required to self-isolate for 10 days.
Earlier this week, scientists from the UK had warned of the appearance of a coronavirus strain, which contains 32 mutations, in Botswana. Many of the mutations indicate its high transmissibility and resistance to vaccines, the strain has more changes in the spike protein than all other COVID-19 variants.
The South African National Institute of Infectious Diseases later also confirmed that the new strain had been found in South Africa, with 22 cases to date. (UNI)