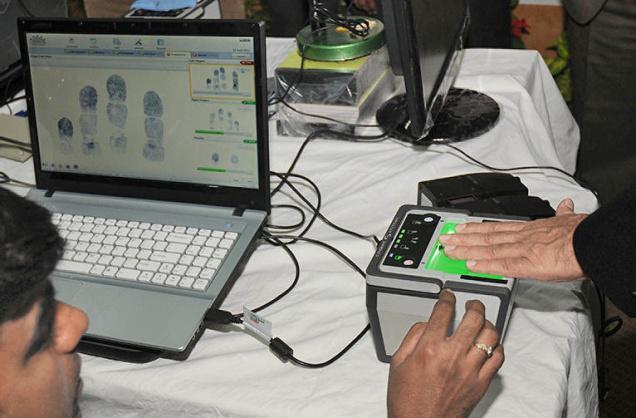 NEW DELHI: Aadhaar issuing body UIDAI has asserted that schools cannot make the 12-digit biometric identifier a pre-condition for student admission and warned that doing so will be against the recent order of the Supreme Court.

The word of caution from UIDAI comes at a time when admissions to nursery and entry-level classes have just begun in over 1,500 private schools in Delhi.

However, there have been reports of certain schools insisting on Aadhaar as one of the documents required for admission.

The Unique Identification Authority of India (UIDAI) has said it is aware of the reports that some schools are asking for Aadhaar cards for student admission.

“This is not right. This is not as per the provisions of law…school admission and other facility to children cannot be made conditional to production of Aadhaar,”UIDAI CEO Ajay Bhushan Pandey said.

UIDAI has asked the school authorities and their managements to ensure that no child is denied admission for lack of Aadhaar.

“In fact, schools should admit children without Aadhaar and ensure that children are given Aadhaar once they are in schools by arranging special camps for them,” he said.

Asked what action could schools face if they continued to insist on Aadhaar, Pandey said that it will clearly be seen as contempt of court.

In September this year, the Supreme Court upheld the constitutional validity of Aadhaar but clipped the scope of the biometric identity project, ruling it was not mandatory for bank accounts, mobile connections or school admissions.

The apex court held that Aadhaar would remain compulsory for filing of Income Tax (IT) returns and allotment of Permanent Account Number (PAN), as well as welfare schemes.