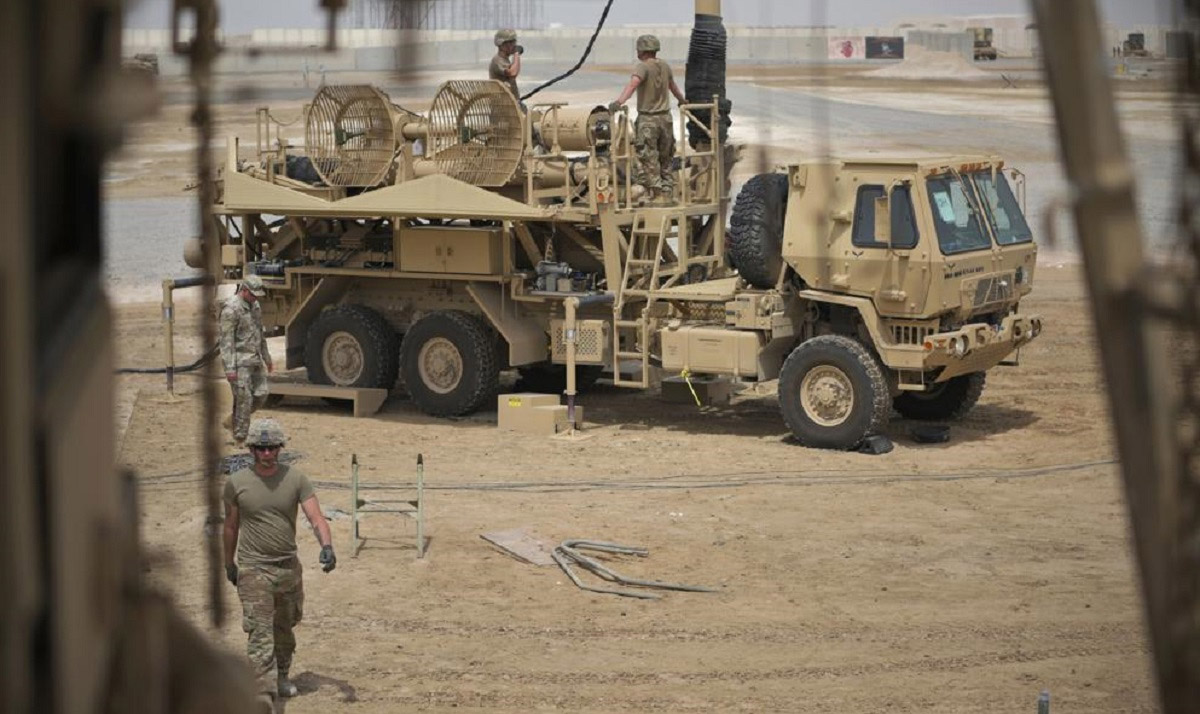 DUBAI, Feb 3: The United Arab Emirates intercepted several drones fired at the country Wednesday, the UAE military said, the fourth such attack on the federation in recent weeks.
A little-known group that previously claimed a January 2021 attack targeting a palace in Saudi Arabia said it was responsible, an assault that authorities believe came from Iraq.
That raises the possibility the Emirates now is being targeted from its north and south after three recent attacks launched by Yemen’s Iran-backed rebels.
The rebel Houthis have claimed responsibility for the past few drone and missile attacks on the UAE — strikes that have widened Yemen’s 7-year-old civil war and fueled regional tensions.
In a short statement just before midnight Wednesday on Twitter, the Emirati Defense Ministry said it had destroyed three “hostile drones” that targeted the UAE at dawn. It said the interception occurred “away from populated areas,” without elaborating.
The acknowledgement came several hours after an online account associated with Awliya Wa’ad al-Haq, or “The True Promise Brigades,” claimed it had launched “four drones targeting vital facilities in Abu Dhabi.” The group said it launched the attack in retaliation for the Emirates’ policies in both Iraq and Yemen.
It wasn’t immediately possible to clarify the discrepancy in the number of drones allegedly used in the attack. The Emirati’s two-sentence statement also offered no details about the direction of the attack.
The group has threatened the Emirates in the past after its one known attack, a Jan. 23 attack last year on the Yamama Palace in Riyadh, Saudi Arabia. Both Iraqi and American officials believe that Saudi attack originated from Iraq.
The Washington Institute for Near-East Policy has suggested the brigade has ties to Iraq’s Kataib Hezbollah, or Hezbollah Brigades. That Iran-backed group is on a U.S. List of terrorist organisations and is accused by U.S. Officials of targeting American forces in Iraq. The group is separate from the Lebanese group of the same name.
The Emirates has previously been threatened by Iranian-backed groups in Iraq over their belief the UAE interfered in Iraq’s recent parliamentary elections.
The Houthis have been battling a Saudi-led coalition that includes the UAE since 2015 after the rebels took control of Yemen’s capital, Sanaa. The war reached Emirati soil for the first-known time last month, when the Houthis fired drones and missiles at the country.
U.S. And Emirati forces have jointly intercepted the past two aerial attacks, including one earlier this week as Israel’s president began a historic visit to the Gulf Arab country.
Another attack in mid-January killed three workers from India and Pakistan and wounded six others.
The Houthis’ media office also attributed the attack to “The True Promise Brigades.” The UAE said it was ready “to deal with any threats and is taking all necessary measures to protect the state.” The escalation has threatened the UAE’s reputation as a rare haven for international business in a region mired in conflict and collapse. Expats outnumber locals in the Emirates nearly nine to one.
On Wednesday, the British Foreign Office updated its travel guidance to the UAE to note: “Further attacks are very likely.” (AGENCIES)