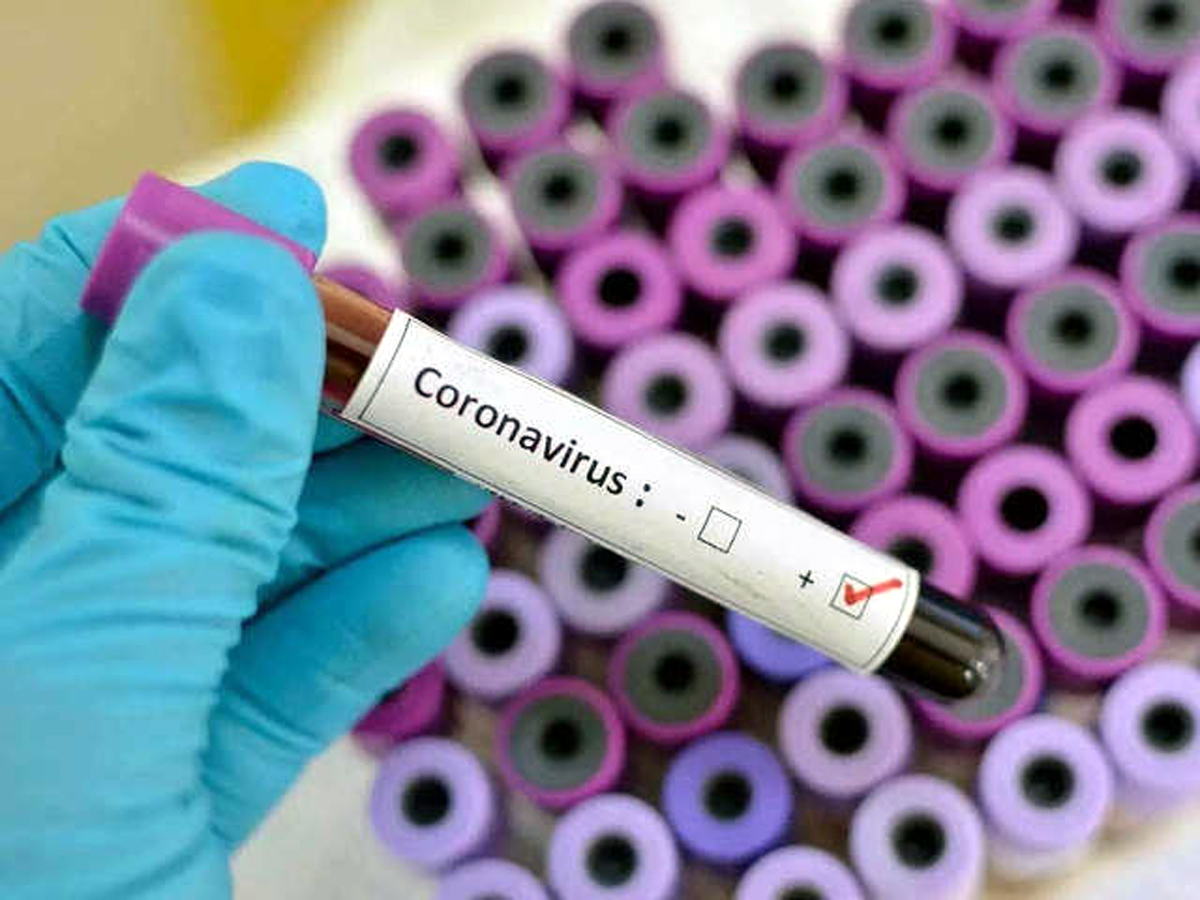 144 tourists found infected at Lakhanpur, Reasi
9 students positive, 9 Containment Zones in Sgr
Surge unabated in Ladakh with 165 new cases
Sanjeev Pargal
JAMMU/SRINAGAR/ LEH, Apr 14: COVID positive cases continued to stay above 1000 while six more persons succumbed to the virus in Jammu and Kashmir as Ladakh also reported spike recording 165 new positives, 154 of them in Leh alone and 11 in Kargil district.
Four Corona casualties and 402 cases were reported in Jammu region while two deaths and 684 new cases were recorded in Kashmir today. Total cases in J&K stood at 1086.
Of four fatalities in Jammu region, three were reported in Jammu district and one in Poonch taking Corona toll to 758. Among the dead were two women.
A 92-year-old woman hailing from Friends Colony in Trikuta Nagar East Extension died of ailments and COVID-19 in a private hospital of Jammu today while 68-year-old man from Mandi in Poonch district succumbed to the virus in a hospital there.
A 76-year-old man from Model Town Digiana, who was co-morbid and suffering from COVID pneumonia and a 60-year-old woman from Muthi Maira in Jourian area of Akhnoor in Jammu district, who had respiratory distress and COVID pneumonia breathed their last in the Government Medical College (GMC) Jammu, according to Medical Superintendent Dara Singh.
Dr Singh said bodies of two COVID victims who died in the GMC Jammu have been packed as per COVID protocol for last rites.
Four casualties in Jammu have taken the region’s Corona fatalities to 758, the highest being 395 in Jammu district, 64 Doda, 58 Udhampur, 56 Rajouri, 53 Kathua, 43 Samba, 28 Poonch, 23 Ramban, 22 Kishtwar and 16 in Reasi district.
As many as 144 tourists and travelers have tested positive for COVID-19 at Lakhanpur in Kathua and Reasi districts.
Seventy three positive cases were detected at Lakhanpur, the gateway to Jammu and Kashmir, in Kathua district. They include 15 from New Delhi, 13 Punjab, 10 Haryana, eight Karnataka, five Nepal and four from Kolkata. Rest of the travelers belonged to Srinagar nine, Jammu six and Samba three.
Seventy one tourists and travelers reported positive for the virus at Katra Railway Station and other places in Reasi district. Sources said the tourists are either being sent back to their hometowns following due COVID protocol or being lodged in the COVID Care Centres.
Five more BSF jawans deployed at Jaganoo were today found infected by pathogen taking total number of positives to 591. Three persons from Military Hospital Udhampur have also tested positive.
A police Inspector and his four family members tested positive at Sidhra.
Meanwhile, the district administration today declared Magotra Street in Trikuta Nagar as micro-Containment Zone in view of COVID positive cases there.
Of 402 fresh cases in Jammu region, Jammu district continued to account for almost 50 percent of total cases with 199 positives followed by Reasi 85, Udhampur 37, Kathua 23, Poonch 19, Rajouri 12, Ramban seven and Doda one. No new cases were today reported from Kishtwar district.
On the other, 112 persons have recovered from the virus, 60 of them in Jammu, 24 Kathua, 20 Udhampur and four in Samba district.
Jammu region now has 56686 Corona cases. Number of active cases has reached 3554 while 52375 persons have recovered from the virus and there have been 757 casualties in the region.
The Union Territory of Ladakh today reported 165 Corona positive cases including 154 in Leh district and 11 in Kargil.
The new cases have taken Corona count in Ladakh to 11070. There are 851 active positive cases—785 in Leh and 66 in Kargil while 10088 persons have been treated and there have been 131 casualties, 87 of them in Leh and 44 in Kargil.
Meanwhile, Kashmir today reported 684 fresh cases of COVID-19 while two persons succumbed to Coronavirus.
Two persons succumbed to COVID-19 infection in Kashmir today taking the J&K death toll of the infection to 2042.
The district administration in Srinagar notified nine more localities as micro-containment zones after a spike in COVID-19 cases.
The nine micro-containment zones are in Zadibal and Batamaloo areas. Five localities fall under Zadibal medical zone while four others fall under Batamaloo medical zone.
The fresh micro containment zones include Nawab Bagh near Bahrar hospital Lal Bazar (7 active cases), Umer Colony-A Lal Bazar Lane No 01 near Rah Masjid (7 active cases), Umer Colony-A Lal Bazar Lane No 03 near Goenka School (5 active cases), Kathi Darwaza near Zainshah Masjid (5 active cases), Sangeen Darwaza Hakka Bazar Gulshan Mohalla Usman Colony (5 active cases), Wazabagh Hyderpora, Sutrashahi near Civil Secretariat (5 active cases), S. D Colony Batamaloo near Talent School (5 active cases) and Qamarabad Bemina near Siddique lane Abubakr Masjid (5 active cases).
District Disaster Management Authority (DDMA), Muhammad Aijaz Asad, ordered immediate suspension of class work at Aakash Institute Rawalpora after nine of its students were tested positive for COVID-19.
The students were tested positive during random sampling by the Medical team deputed by district adminstration Srinagar. A total of 182 samples of students of the institute were collected, nine among them tested positive.
Those who tested positive include 388 from Srinagar, 107 Baramulla, 53 from Budgam, 12 Pulwama, 23 Kupwara, 29 Anantnag, 23 Bandipora, 19 Ganderbal, 19 Kulgam and 11 from Shopian.
With fresh cases, the number of positive cases in Kashmir division has reached 85,050 including 77,928 recoveries and 1,285 deaths.
The number of active cases in Jammu and Kashmir are 9,390 including 5,836 from Kashmir division.
With 372 more recoveries, the tally of total recoveries in Jammu and Kashmir has reached 130,304, which is 91.93 percent of the total cases.

Cops harass genuine passersby
too during ‘Corona curfew’
Police personnel continued to harass innocent persons at various places including Media persons going home from their workplaces or those returning from emergency works like hospitals and consulting doctors etc during ‘Corona curfew’ after 10 pm in the areas falling under Municipal limits in Jammu district.
“Civil and police administration must understand that there is no law and order problem in Jammu district. Curfew has been imposed from 10 pm to 6 am only to keep people indoors to prevent surge in COVID cases. However, the police personnel under the garb of curfew have started new business of extorting money from the people going home after late night work in offices or attending medical emergencies,” a large number of callers who rang up the Excelsior office said.
Some of them said that police personnel deployed on nakas at Satwari, New Plot-Tali Morh Road and Trikuta Nagar were dead drunk and were openly asking for anything between Rs 50-200 for facilitating movement of the vehicles during curfew restrictions.
Worst sufferers are tourists and pilgrims of Shri Mata Vaishno Devi Ji shrine, many of whom said, they were not even allowed to reach Bus Stand and Railway Station by the cops at naka and made to wait for an hour or so despite knowing that they were outsiders and had to catch bus or train.
Police have erected concertina wires at several places as to if serious law and order problems has emerged in Jammu.
People said concertina wires are erected only if there is serious law and order problem while present night curfew is only confined to prevent movement of people to check COVID-19. If few people are returning from their workplaces or hospitals, their movement should be rather facilitated by the police by offering them vehicles and not by extorting money from them, they added.
While Identity Cards of media persons everywhere in the country are treated as curfew passes, Jammu is perhaps only place where police personnel are not even allowing the media men to go home from duty during night hours despite possessing valid cards.