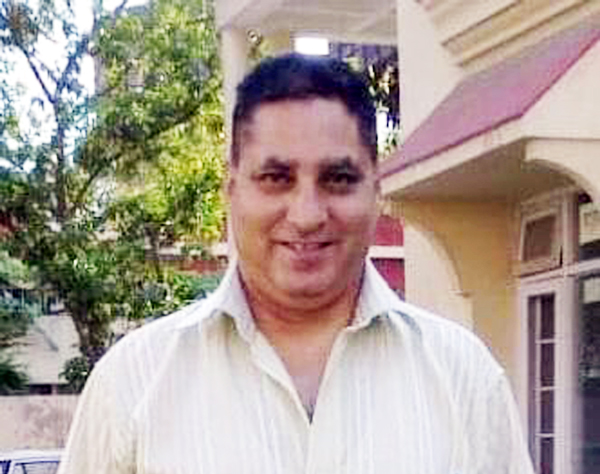 JAMMU, Nov 8: Two people were murdered on the night of Diwali in separate areas in city outskirts.

“It was a blind murder as crime was done in darkness and there was not a single witness of the crime” sources said, adding police station Gharota received a call at around 1:45 AM today that a dead body of a Bakkerwal was lying near Karwanda Talab.

A police team immediately rushed to the spot, collected evidences and sent the body for postmortem at Government Medical College and Hospital, Jammu and on the basis of the call details of the deceased, they zeroed on two local Gujjar youth of Kanger who were identified as Azam Hussain (21) son of Lal Din and Khalid alias Munna son of Aimma. On the basis of phone calls, police arrested Azam Hussain, who confessed the crime along with Khalid, who was absconding.

Police sources told Excelsior that on interrogation, Azam revealed that he had illicit relationship with wife of Mohd Jabbar and so he planned to kill Jabbar. “On Diwali night, he and Khalid called Jabbar near Karwanda Talab where they consumed liquor together and then stabbed Jabbar to death”, sources said quoting Azam.

The case was solved within 6 hours by Gharota police led by SHO Gharota, SI Dheeraj Nagpal under the supervision of SDPO Nagrota, Ajay Sharma and overall supervision of SP Rural, Dushyant Sharma.

Meanwhile, a man was murdered by three persons over a minor issue at KK Resort, Udheywala Road, Jammu, last night. According to the reports, the deceased identified as Deep Langer (59) son of Gopi Nath, resident of Tulsi Vihar, Khanpur Nagrota in connection with marriage of her daughter had booked KK Resorts.

Last night, a get together was arranged for some guests and he was looking after the arrangements in the lawn of the Resort. Suddenly, three young boys in inebriated condition came out from the Bar of the Resort shouting loudly. As they were using abusive language and disturbing the guests, Deep Langer asked them not to make noise and use abusive words, they took out a sharp edged weapon and stabbed him to death.

As soon as Pounichak police came to know about the murder, a police team reached the spot, shifted the body for postmortem. Acting swiftly, police arrested one of the accused namely Jodh Singh (23) alias Gillu son of late Karan Singh, resident of Akalpur, in the night hours while two others namely Sethi (27) of Sarore and Raaku (26) of Raipur Seri were apprehended this evening from Tawian in Phallian Mandal area.

According to SP Rural, Dushyant Sharma, Sethi and Raaku are drug addicts and before stabbing Deep Langer, trio beat a waiter in the Bar and snatched Rs 6000 from him. He said all the accused have been arrested by well coordinated efforts of the police team led by Incharge, PP Pounichak, SI Sumit Magotra and SHO Domana, Rajeshwar Singh Slathia.