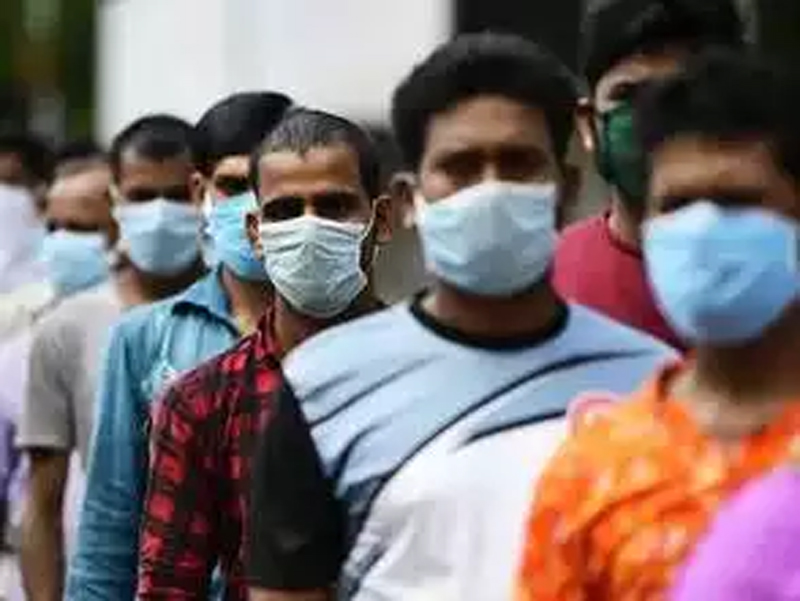 Excelsior Correspondent
JAMMU/SRINAGAR/ LEH, Nov 28: Two persons died of COVID-19 and 127 tested positive in Kashmir division today while 18 fresh cases were reported from Jammu division and 27 in the Union Territory of Ladakh including 15 more Government employees in Leh taking the number of staff testing positive during last two days in the district to 32.
Two persons succumbed to the viral infection in Kashmir today taking the death toll to 4475 including 2290 in Kashmir.
Srinagar reported 61 cases, Baramulla 31, Budgam 5, Pulwama 7, Kupwara 3, Anantnag 5, Bandipora 7, Ganderbal 7 and Shopian 1.
So far 330398 patients have recovered, leaving active case tally at 1658 including 1385 in Kashmir.
Ladakh today reported 27 fresh COVID positive cases including 25 in Leh district and two in Kargil.
Among 25 positive cases in Leh district, 15 were Government officials. With this, a total of 32 Government employees have tested positive for pathogen during last two days and testing of the staff in some offices is still on, the officials said.
Fresh cases have taken number of active positive cases in Ladakh to 249 including 229 in Leh and 20 in Kargil.
Corona count in Ladakh has reached 21494. Of them, 21032 have recovered from the virus while there have been 213 fatalities—155 in Leh and 58 in Kargil district.
Meanwhile, out of 18 new Coronavirus positive cases reported in Jammu region, seven were registered in Reasi district and all of them were travelers who were found infected on their arrival at Katra Railway Station while four cases were recorded in Jammu district, two each in Rajouri and Doda and one each in Samba, Poonch and Ramban districts.
Udhampur, Kathua and Kishtwar districts didn’t report any COVID positive cases today.
As against 18 new cases, 25 recovered from the virus.
Jammu region now has 1,24,988 Coronavirus cases. Among them, 1,22,530 have recovered from the virus while there have been 273 active positive cases and 2185 casualties.