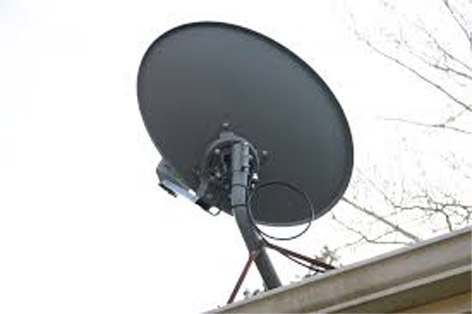 WASHINGTON, Jan 25: US authorities said Friday they had granted permission to a TV provider to urgently lift a four-ton (3,600-kilogram) satellite to a so-called “graveyard orbit” over fears a battery fault may soon cause it to explode.
DirecTV had told the Federal Communications Commission its Boeing-built Spaceway-1 satellite had suffered a “major anomaly” in its batteries and did not have time to deplete its remaining fuel before disposing of it by placing it 300 kilometers (190 miles) above the “geostationary arc.”
This arc is about 36,000 kilometers above the equator and is home to most of the world’s communication satellites because it allows them to match the Earth’s orbit so that ground dishes do not have to track them across the sky.
An FCC spokesman told AFP on Friday that permission was granted on January 19 for DirecTV to begin its de-orbiting plan the following day.
The company said it was necessary to complete the procedure before February 25, when the satellite would pass through the Earth’s shadow forcing it to rely on its batteries instead of its solar panels, heightening the risk of a “catastrophic failure” that could impact other satellites.
But “because the SpaceWay-1 satellite is being retired ahead of schedule, it has significantly more propellant remaining than it would have had at its previously scheduled retirement date,” the FCC spokesman said, which itself is a risk factor for explosion.
DirecTV said in its filing that only a “nominal portion” of the 73 kilograms of propellant still on board would be burned.
The move was confirmed to AFP by both DirecTV’s parent company AT&T and Boeing, which said “the battery malfunction occurred in the course of operating the satellite more than two years after its contractually required design life.”
The satellite was launched in 2005 and according to the website SpaceNews, which first reported the news, had enough fuel to continue service until 2025. TV viewers need not fret, said AT&T.
“This satellite is a backup and we do not anticipate any impacts on consumer service as we retire it. We are replacing it with another satellite in our fleet,” the company said in a statement.
(AGENCIES)