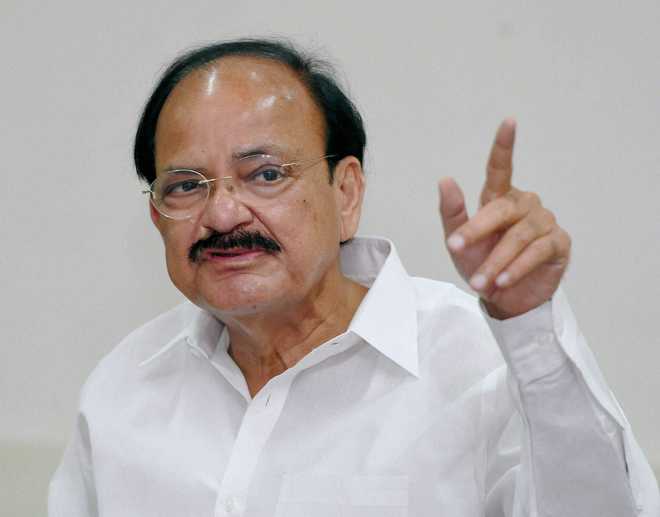 GUNTUR, May 19:
Stating that this elections were held without his participation, Vice-president M Venkaiah Naidu on Sunday urged the people to trust only the exact polls and not the exit polls.
Addressing a meeting here, he recalled that he used to address 16 elections meeting per day before he became Vice-president.
He regretted that he was away from the people but in a respectable position.
He said that when he was elevated as Vice-President, several speculative stories were disseminated.
“I wanted to quit politics when I attained 70 years of age and take up social service”, he further said.
The Vice-president expressed anguish over the language, being used by political leaders and the manner in which the Legislative Houses were being run.
He stated that it is not proper to use harsh words to criticise political opponents and targeting them individually.
Mr Naidu further regretted that crores of rupees were spent by the contestants, to win the election, which he described as mocking of a democracy.
He lamented that the parties were taking caste, religion and money as criteria to give tickets.
He reiterated that he was against the implementation of populist schemes. (UNI)