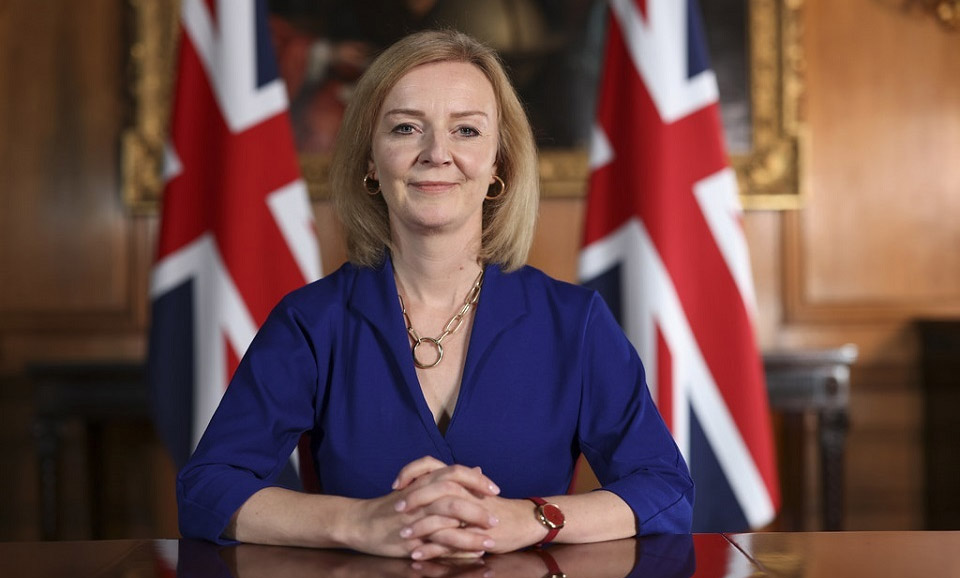 London, Sept 30: UK Prime Minister Liz Truss entered office with the less-than-ideal backdrop of a cost of living crisis and war in Ukraine. The economic turmoil her government has waged is already creating more problems for her.

Truss and Chancellor Kwasi Kwarteng laid out their plan for growth, outlining tax cuts and policies that have led to the pound falling against virtually all the world’s currencies, and are likely to fuel the cost of living crisis, according to the IMF.

With a 71-seat majority, Truss has the power to comfortably pass a range of legislation ahead of the next election, however controversial. But her actions are already generating discomfort and even dissent within Conservative ranks.

Kwarteng is facing questions about the legitimacy of the mini-budget and of a radical change of course that doesn’t have a mandate from the electorate. Truss is only in No 10 by the grace of Conservative party members and wasn’t even selected by a majority of her MPs.

There have already been reports of letters of no confidence submitted to the influential 1922 committee amid fears that the Conservatives have lost their economic credibility. Opponents feel that alternatives to Truss exist.

Some have pointed out that her leadership rival, former chancellor Rishi Sunak, warned against the measures Truss has now laid out. Replacing her is unlikely at this stage for several reasons, but keeping her means the Conservatives will go into the next election with a leader who has compromised her position within a matter of days.

Conservative MPs are right to be worried. Their constituents feel they are now paying high prices for an ideologically regressive economic policy. And Conservative MPs in the red wall will be putting even more pressure on Truss.

They fear the growth plan will be seen as the new government prioritising the south-east over northern and Midland constituencies, and abandoning promises to “level up”. This is especially risky for Truss, given that her predecessor’s commitments to public spending were what earned Conservatives some of those seats in 2019.

Truss’s insistence on the much debunked “trickle-down” economics follows from claims that low taxation helps improve British prosperity. But the costs associated will mean less spending for Conservative Party commitments to invest in education, infrastructure and technology – other avenues seen as vital to national prosperity.

Replacing Truss is a gamble – so is keeping her

Truss took office in a weak position, having received the lowest level of support afforded to any Conservative PM since party members became eligible to vote in leadership contests. Truss received just 57% of all members’ votes, the next lowest was Iain Duncan Smith in 2001 who polled 61%, and Johnson received 66%.

Unlike other leaders who took over midway through a parliament, Truss has also not received opinion poll bounces and is facing increasing scrutiny over the process she went through to become prime minister.

Though Truss’s accession – “chosen” by just 81,326 voters from a wider electorate of 46.5 million – can be seen as anti-democratic or illegitimate, it is not unusual in British political history.

Since the end of the first world war, the UK has changed its prime minister more often than not outside general elections. Truss is the 13th PM to assume office without winning the preceding general election (Theresa May and Boris Johnson were in the same boat).

Leadership changes are often met with calls from the opposition for a new election, so the leader can obtain a fresh mandate from voters. These are rarely heeded. Only Anthony Eden called an immediate general election after taking office in 1955, and Johnson called one a few months after he became PM.

Of the last five prime ministers to assume office part way through a parliamentary term, John Major is the only Conservative to see out the full term – though both Labour PMs, Callaghan and Brown, also did. All three called an election five years after the previous one, with only major winning in 1992.

Theresa May and Boris Johnson both called for early general elections. May lost the slim Conservative majority won in the 2015 election, while Johnson obtained an 80-seat majority in 2019 (though this didn’t protect him from being removed three years later).

The controversial and drawn-out process of the Truss-Sunak leadership race, however, may give Truss some breathing space. Would the Conservative Party really wish to spend another prolonged period changing leadership amid an economic crisis? Over two months passed between Johnson stepping down and Truss stepping in. Giving her time to rectify the problems she has caused may be preferable to another period of uncertainty.

Any drive for change would have to emanate from within the Conservative Party. Opinion polls, combined with economic crises make a snap general election unlikely, and Truss’s large majority means she would likely survive a no-confidence vote in the House of Commons.

Safe from opposition measures, Truss does not need to call an election for another two years and may be gambling that she can mitigate the current economic fallout and unite the party before 2024. But given the events of the last week, this may be a gamble the country can’t afford. (The Conversation)