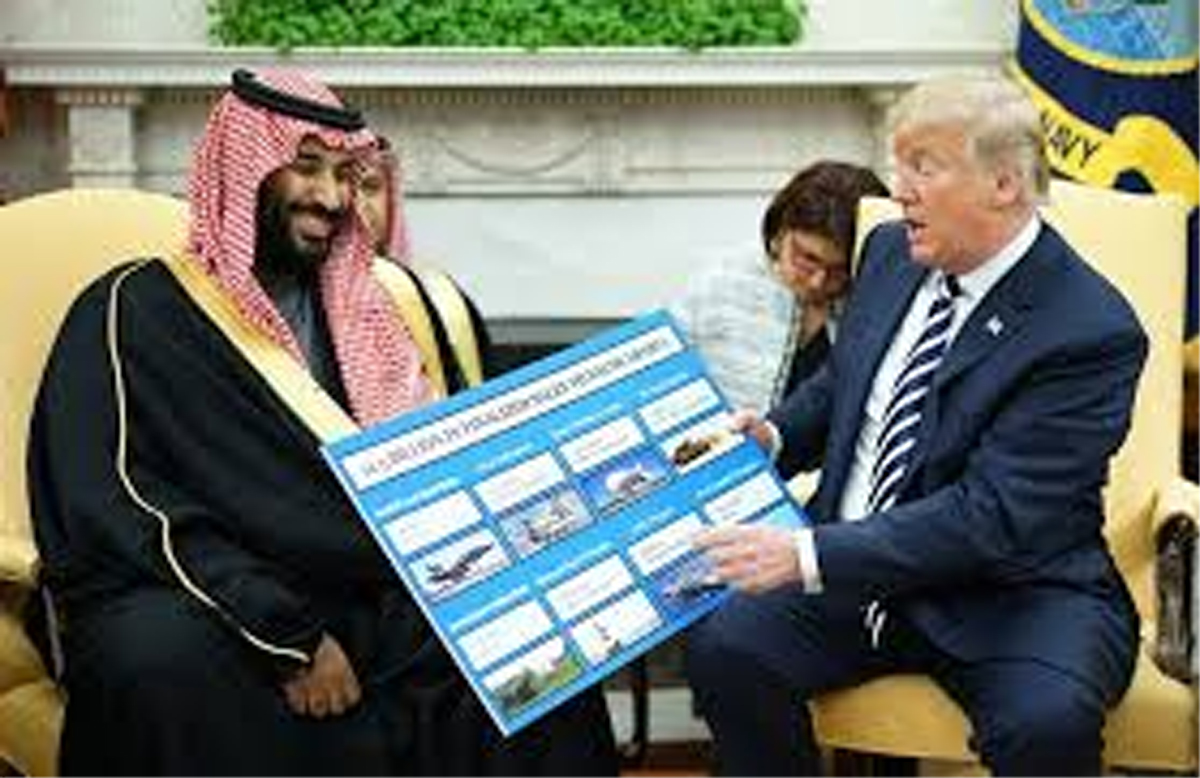 WASHINGTON, July 25: President Donald Trump has vetoed a trio of congressional resolutions aimed at blocking his administration from bypassing Congress and selling billions of dollars in weapons and maintenance support to Saudi Arabia and the United Arab Emirates.

Secretary of State Mike Pompeo last month cited threats from Iran as a reason to approve the USDS 8.1 billion arms sale to the two US allies in the Persian Gulf, which are enemies of Tehran.

But Trump’s decision in May to sell the weapons in a way intended to bypass congressional review infuriated lawmakers. Democrats and Republicans in the Senate banded together to introduce resolutions to block the weapons sale in what was viewed as a bipartisan pushback to Trump’s foreign policy.

The White House had argued that stopping the sale would send a signal that the United States doesn’t stand by its partners and allies, particularly at a time when threats against them are increasing.

The arms package included thousands of precision-guided munitions, other bombs and ammunition and aircraft maintenance support.

Sen. Bob Menendez of New Jersey, the top Democrat on the Senate Foreign Relations Committee, led the effort, but he had support from two of Trump’s GOP allies in Congress: Lindsey Graham of South Carolina and Rand Paul of Kentucky.

Anger has been mounting in Congress over the Trump administration’s close ties to the Saudis, fueled by the high civilian casualties in the Saudi-led war in Yemen  a military campaign the US is assisting  and the killing of US-based columnist Jamal Khashoggi by Saudi agents. Trump’s decision in May to sell the weapons further inflamed the tensions.

Last month, members of the House Foreign Affairs Committee grilled State Department officials about the sale. Chairman Eliot Engel, D-N.Y., said it was a “slap in the face” to Congress and accused the Trump administration of using threats from Iran as a “convenient excuse” to push through the sale.

In a statement released Wednesday night, Engel said, “The President’s veto sends a grim message that America’s foreign policy is no longer rooted in our core values  namely a respect for human rights  and that he views Congress not as a coequal branch of government, but an irritant to be avoided or ignored.”

Sen. Tim Kaine, D-Va., a member of the Senate Armed Services Committee, reacted to Trump’s vetoes with a terse tweet: “What. Do. They. Have. On. Him” (AGENCIES)
^^