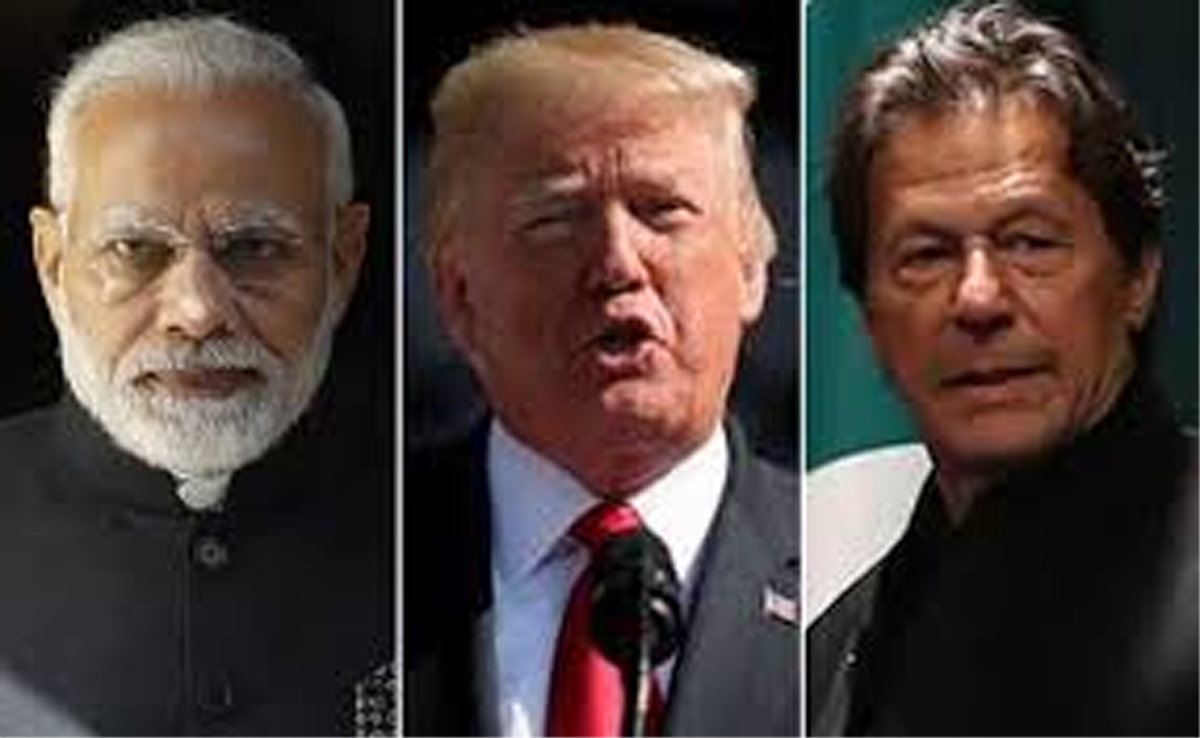 WASHINGTON, Sept 21:US President Donald Trump will meet Pakistan Prime Minister Imran Khan on Monday, a day after he joins Prime Minister Narendra Modi for the mega “Howdy Modi” event in Houston and will again hold a meeting with the Indian leader in New York on Tuesday, a senior official has said.

Both the meetings with the leaders of India and Pakistan would be held in New York on the sidelines of the 74th session of the UN General Assembly, a senior administration official told reporters on Friday in a preview of Trump’s engagements in the Big Apple next week.

Trump is expected to arrive in New York on Sunday night after his participation with Modi at the “Howdy Modi” event in Houston where the two leaders will address over 50,000 Indian-Americans.

The US president will then travel to Ohio where he will be joined by Australian Prime Minister Scott Morrison.

“President Donald J Trump will be travelling to Houston for ‘Howdy Modi: Shared Dreams Bright Futures’ event. That will be the day wherein he will travel on to Ohio where he will be joined by Prime Minister Morrison of Australia where they will visit Pratt industry and celebrate US economic relationship with Australia,” the official said.

On Monday (September 23), the first day of his stay in New York on the sidelines of the UN General Assembly session, Trump’s first event will be the global call to protect religious freedom, the official said, describing it as a key event.

On Tuesday (September 24), Trump will deliver his address to the UN General Assembly. After that, he will hold a number of bilateral meetings.

“Prime Minister (Boris) Johnson of United Kingdom, Prime Minister Modi of India, the UN Secretary General,” the official said, adding that the president will also meet his Iraqi counterpart and end the day with a diplomatic reception.

With Modi-Trump meeting on Tuesday, the two leaders would be meeting for the fourth time in as many months. The meeting in New York is expected to set the tone of bilateral relationship between the two countries over the next few years.

The two leaders are likely to discuss a range of bilateral, regional and global issues, including efforts to address the growing bilateral trade disputes, potential defence and energy deals and peace process in Afghanistan. (PTI)