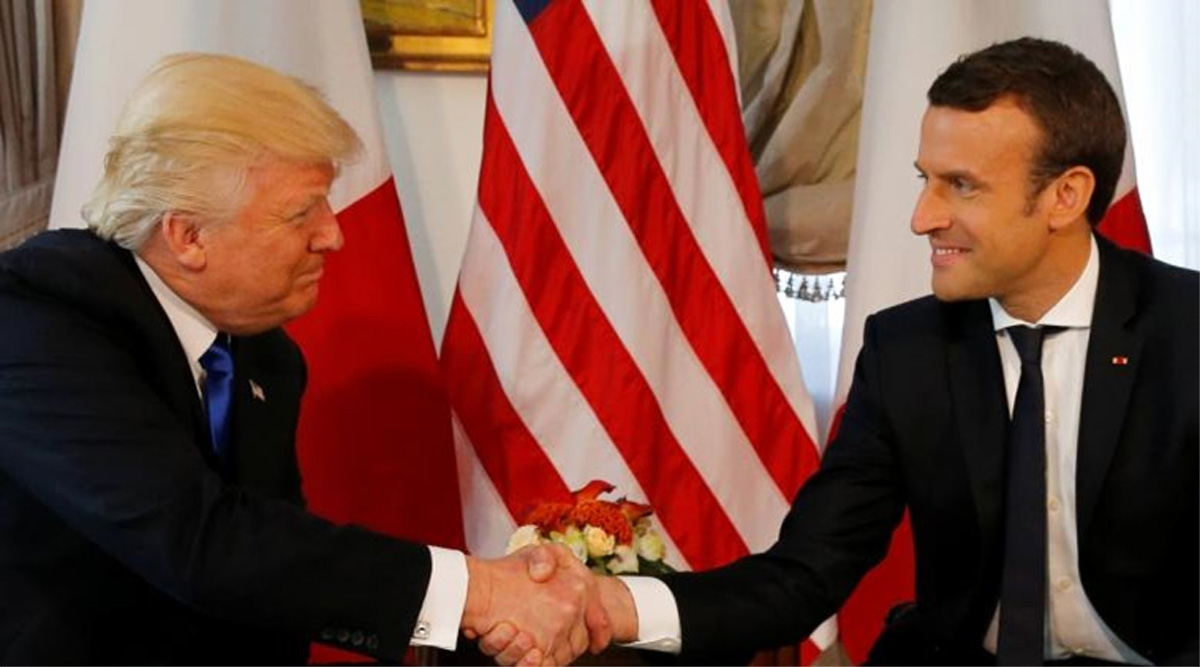 WASHINGTON, Nov 10: US President Donald Trump Saturday said the suggestion of his French counterpart Emanuel Macron that Europe should build its own army was “very insulting”, asserting that Europe should first pay its “fair share” to NATO.
Trump slammed Macron in a tweet, moments after he landed in Paris for a weekend trip to commemorate Armistice Day and attend the 100th anniversary of the end of World War I, which is being attended by several world leaders, including India’s Vice President Venkaiah Naidu.
“President Macron of France has just suggested that Europe build its own military in order to protect itself from the U.S., China and Russia. Very insulting, but perhaps Europe should first pay its fair share of NATO, which the U.S. Subsidizes greatly!” he said in a tweet.
Early this week, Macron had pushed for a “true European Army” that would address the threat posed by countries like Russia and China.
“We have to protect ourselves with respect to China, Russia and even the United States of America,” he told French Radio Station One.
“Who is the main victim? Europe and its security. I want to build a real security dialogue with Russia, which is a country I respect, a European country — but we must have a Europe that can defend itself on its own without relying only on the United States,” Macron said.
Trump’s tweet just after landing in Paris that was highly critical of Macron is expected to strain the US-French relationship. Early this year, Trump had hosted Macron on the first State Dinner of his Administration.
Trump and Macron are schedule to have bilateral meeting during his stay in France.
Earlier leaving for Paris, the US President told reporters at the White House that it will be a “great, really, commemorative service”.  “I think it’s going to be something very special.  I’ve seen what they have planned, and I think it’s going to be something very, very special,” he said. (PTI)