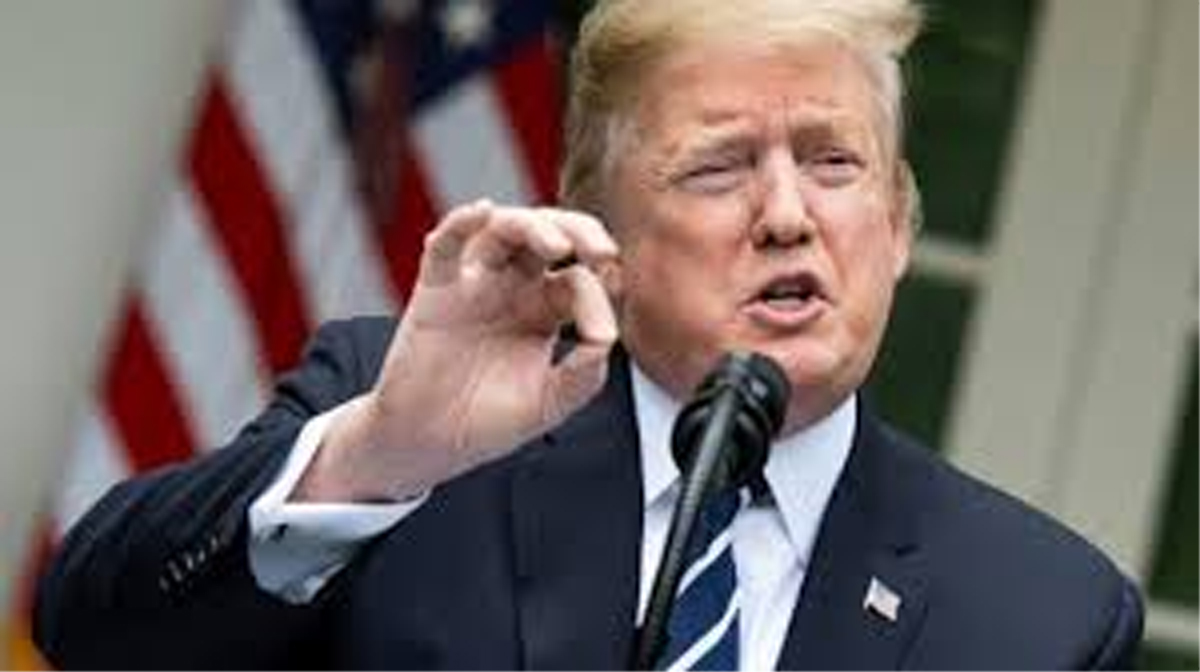 WASHINGTON, May 25: President Donald Trump confirmed Friday he is considering pardons for several military servicemen accused or convicted of war crimes, in what critics say would be an abuse of the powers afforded him under the US Constitution.

The New York Times reported, quoting administration officials, that Trump envisaged making the controversial pardons during the Memorial Day weekend, when Americans honour those who died while serving in the military.

Reportedly among those being considered is Edward Gallagher, a Navy SEAL accused of shooting unarmed civilians and stabbing a teenage captive to death, who is due to stand trial starting next week.

Trump is also said to be eyeing a pardon for Matt Golsteyn, an ex-member of the elite US Army Green Berets, charged with premeditated murder in the shooting death of an alleged Taliban bomb-maker in 2010.

Three Marines, arrested after video footage showed them urinating on the bodies of dead Taliban fighters in 2011, are also reportedly under consideration for a pardon, as well as a former Blackwater employee convicted of killing a teenaged Iraqi civilian in 2007.

“Some of these soldiers are people that have fought hard, long, you know. We teach them how to be great fighters and when they fight sometimes they get really treated very unfairly. So we’re going to take a look at it,” Trump added.

Trump confirmed he was considering two or three cases that were “a little bit controversial,” adding that he may let trials of these people proceed and then decide afterward.

“I haven’t done anything yet. I haven’t made any decisions,” he said.

Retired Navy admiral James Stavridis was among those who came out strongly against Trump’s reported plans.

“I commanded several of the servicemen Trump may pardon,” the former NATO Supreme Allied Commander wrote Wednesday in Time magazine. “Letting them off will undermine the military.”

This type of pardon, he argued, “strengthens enemy propaganda, as they will correctly say that we do not hold ourselves accountable for our own standards,” and “spurs our enemies on to even more barbaric behaviour.”

It would be “an affront to the idea of good order and discipline and to the idea of the rule of law, the very thing we believe we’re putting our lives on the line to defend,” said Buttigieg, who served as a naval intelligence officer in Afghanistan in 2014.

Gallagher, 39, is slated to face a military tribunal May 28 at the San Diego naval base. He is accused of stabbing a wounded 15-year-old Iraqi prisoner to death in 2017, while an American medic was treating him.

He is also accused of shooting a young girl and an old man with a sniper rifle in 2017 and 2018, and of firing a heavy machine gun into a residential area.

Golsteyn is to be tried at court martial but a date has not been set yet.

According to court document excerpts, Golsteyn worried that the Taliban suspect, whom he was unable to detain for more than 24 hours, might make more bombs and kill an Afghan tribal leader who had identified him.

Investigators have said Golsteyn and another soldier eventually took the suspect back to his house and killed him. They then burned the body.

A third controversial case involves Nicholas Slatten, 35, who worked as a security guard for the US private military contractor Blackwater and was convicted in December of killing a teenaged Iraqi civilian in the 2007 Nisour Square massacre in Baghdad, which sparked global outrage.

“The wholesale pardon of US service members accused of war crimes signals our troops and allies that we don’t take the law of armed conflict seriously.”

Trump has used his power of pardon before, and critics say he wields it for the benefit of people who back him or his ideas.

Earlier this month, he pardoned Conrad Black, a disgraced British media mogul who served more than three years in prison in the US for fraud and obstruction of justice and is an outspoken fan of Trump.